That certainly feels odd to say after Tom Brady manned the position for the past 19 seasons. But Brady announced his departure from the Patriots on Tuesday morning, and head coach Bill Belichick and owner Robert Kraft confirmed the news in separate statements.

The Patriots currently have Jarrett Stidham and Cody Kessler under contract at quarterback. They could elect to both draft a quarterback and either sign one in free agency or swing a trade for a veteran.

Here are their top veteran options:

DEREK CARR/JAMEIS WINSTON
If Brady signs with the Las Vegas Raiders, which is unlikely at this point, Carr could become available. He would easily be the best option for the Patriots at this point on the veteran market. New England would need to trade for him.

If Brady signs with the Tampa Bay Buccaneers, which is much more reasonable, then that would free up Winston, a free agent who might not see a major market after throwing 30 interceptions last season. Winston is a risk, but he still has upside.

PHILIP RIVERS
If the Patriots want a bridge quarterback before Stidham or a rookie is ready, Rivers could be an option. He regressed in 2019 and seems to be heading to the Indianapolis Colts.

CAM NEWTON
Newton is an injury risk, and that’s not ideal when players can’t travel because of coronavirus concerns. The Patriots would likely want Newton to pass a physical. But he led the Carolina Panthers to a Super Bowl in 2015 and is available via trade.

ANDY DALTON
Don’t laugh. We don’t hate it. Dalton led the Bengals to winning seasons in the first five seasons of his career before it all fell apart in Cincinnati. He’s not a sexy option, but the Patriots wouldn’t have to give up much as far as draft capital to acquire him.

JACOBY BRISSETT
Brissett knows the system, and that’s important. The COVID-19 crisis has already delayed the start of the NFL’s offseason workout program. Brissett’s experience in New England is an asset. He could compete with Stidham or possibly serve as a bridge between Brady and the Patriots’ next franchise quarterback. If the Colts sign Rivers, maybe they’d make Brissett available via trade.

NICK FOLES
There were rumors floating around Monday that the Jacksonville Jaguars could trade Foles. He hasn’t been great outside of Philadelphia, but he did beat the Patriots in Super Bowl LII.

NICK MULLENS
Mullens was pretty good as the 49ers starting quarterback in 2018. He’d be an intriguing option to compete with Stidham if San Francisco is willing to trade him.

JOE FLACCO
He’s not elite, but he has starting experience, which is more than Stidham can say.

BLAKE BORTLES
He’d certainly be cheap, and he did lead the Jaguars to the playoffs once upon a time.

VERDICT
We’re usually not high on Brissett, but his experience in the system is intriguing. Carr is the best option, but there’s a good chance he won’t become available. If the Bengals will eat some of Dalton’s salary, then we don’t hate that option despite the optics. And if it won’t take a first-round pick to acquire Hill, then we’d be interested to see how the Saints QB could develop under offensive coordinator Josh McDaniels.

If the Patriots are looking for a relatively sure thing, then Brissett is the safest choice. 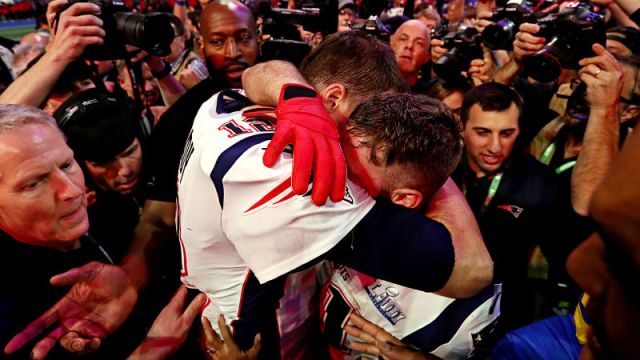 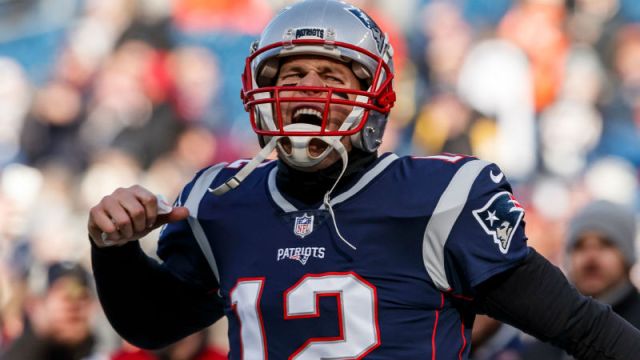