Bill Belichick’s affinity for draft-day trades is no secret to Patriots fans. He’s pulled off 77 of them since arriving in New England in 2000, an average of 3.85 per draft.

With the 2020 NFL Draft set to begin next Thursday, April 23, we set out to answer those questions.

To keep the sample size manageable and the data relatively current, we only examined the Patriots’ last 10 drafts (2010 to 2019) for this exercise. We also only considered trades that were made during the draft, not others that simply involved draft picks.

All told, the Patriots executed a total of 42 in-draft trades during this span. Let’s break them down:

After a quiet period from 2012 to 2016, the Patriots have been especially trade-happy in recent years.

Interestingly, 10 of the 15 deals New England made during the last two drafts involved some portion of the Jimmy Garoppolo return, which has grown into a borderline-indecipherable web of picks and players. The Patriots can officially close the book on that 2017 blockbuster this year.

Overall, the Patriots have made at least one trade in 19 of Belichick’s 20 drafts, with 2004 standing out as the lone exception.

PATRIOTS TRADES BY TYPE
Trade up: 11
Trade back: 28
Trade for player: 3

Patriots fans won’t be surprised to learn Belichick is far more likely to trade back and acquire additional picks than he is to package assets to move up the board. It is worth noting, though, that three of his best early-round picks of the last decade came via trade-ups: linebacker Dont’a Hightower (first round, 2012), edge rusher Chandler Jones (first round, 2012) and tight end Rob Gronkowski (second round, 2010).

The Patriots went 2-for-3 on their player trades, hitting on running back LeGarrette Blount (2013) and offensive tackle Trent Brown (2018) but whiffing on tight end James O’Shaughnessy (2017), who failed to make the team out of camp.

Trading down seems like a wise strategy this year, as the Patriots currently own just one of the top 86 selections (No. 23 overall). But with 12 picks in all, including three in the third round and six total in the sixth and seventh, Belichick also will have the necessary ammunition to either move up the board in certain spots or acquire higher picks in future drafts (more on that below).

The Patriots’ last trade involving a first-round pick came back in 2013, when they shipped the No. 29 overall to the Minnesota Vikings for a package that yielded them linebacker Jamie Collins and cornerback Logan Ryan. Minnesota used the pick on receiver/kick returner Cordarrelle Patterson, who wound up joining the Patriots five years later.

In the last 10 drafts, the Patriots have executed at least one trade with 23 of the other 31 NFL teams. Of the eight teams they haven’t dealt with, two are AFC East opponents (Bills and Jets) and three others are longtime AFC rivals (Steelers, Ravens, Colts). The Giants and Falcons are the only NFC teams New England has not traded with.

Overall, the Patriots have been much more likely to trade with teams outside of their conference. Just one-third of the 42 deals they’ve pulled off during this period have been with AFC clubs. All four teams they’ve traded with three times are in the NFC.

The Lions have become a frequent trade partner of late — unsurprising given that franchise’s ties to New England. All three Patriots-Lions trades have come in the three years since Matt Patricia took over as Detroit’s head coach. Lions general manager Bob Quinn also is a Patriots alum.

If the Patriots are looking to trade back from No. 23, Detroit, which owns picks Nos. 35 and 67, could be an ideal partner.

Trades within divisions are relatively rare in the NFL, and that’s the case here, too: The Patriots have pulled off just one in-draft trade with an AFC East foe since 2010 (a Day 3 deal with the Dolphins in 2016). Belichick does have a good relationship with Brian Flores and the current Miami regime, though, so perhaps we’ll see more Pats-Dolphins deals in the future.

Belichick loves acquiring future draft picks — since 2010, he’s landed a first-rounder, three seconds, a third, two fourths and a seventh by trading picks in the previous year’s draft — and loathes unloading them. In fact, the Patriots have not made a single in-draft trade involving a future selection since Belichick took over in 2000.

Keep that in mind when you hear chatter about New England potentially packaging its 2021 first-round pick in a trade up for Tua Tagovailoa. 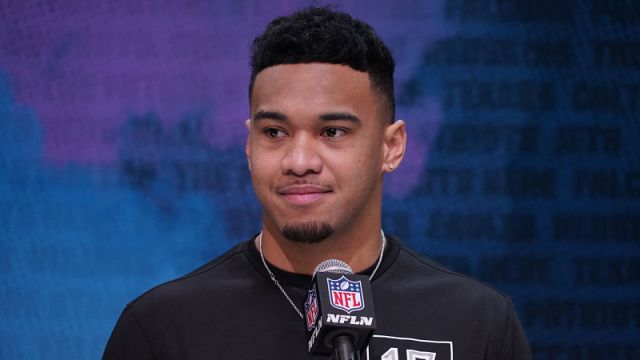 Why Stephen A. Smith Believes Patriots Are Best Fit For Tua Tagovailoa 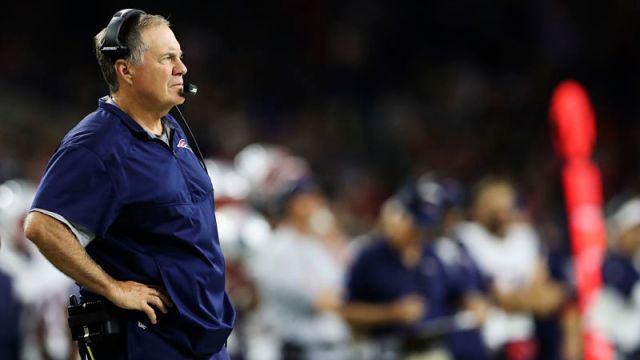