The New England Patriots’ offense obviously will look different this season without Tom Brady behind center. But its underlying principles will remain unchanged.

Speaking with reporters Monday on a conference call, Patriots coach Bill Belichick said his team will design its new-look offense in a way that maximizes the strengths of Brady’s successor, whoever that may be. He referenced New England’s approach with former understudies Matt Cassel, Jimmy Garoppolo and Jacoby Brissett, all of whom started games while Brady was unavailable due to injury or suspension.

“Over the last two decades, everything we did — every single decision we made in terms of major planning — was made with the idea of how to make things best for Tom Brady,” Belichick said in his first media availability since Brady’s decision to sign with the Tampa Bay Buccaneers. “Now, that being said, we’ve had several situations where we had to play and we knew Tom wasn’t going to be the quarterback. That would go back to Cassel and Jimmy and Jacoby and situations like that. …

The Patriots’ new offensive identity, then, will depend on who wins the starting job this summer. Belichick said he expects competition between second-year pro Jarrett Stidham and veteran Brian Hoyer, and the team surely will add at least one more quarterback through the draft or free agency.

More Patriots: Offensive Linemen New England Could Draft In Each Round

If Stidham prevails, as he did in his battle with Hoyer for the top backup spot last summer, the Patriots could make use of his athleticism. The 2019 fourth-round pick doesn’t possess Lamar Jackson-level rushing ability, but he’s far more mobile than the statuesque Brady, scrambling 17 times for 88 yards during his first NFL preseason.

“Whoever the quarterback is, we’ll try to make things work smoothly and efficiently for that player and take advantage of his strengths and his skills,” Belichick said. “Each of us has different skills. Each quarterback has a different skill set. Whatever things that particular player does well, we’ll try to work towards and feature or at least give him an opportunity to do those. And the things that either doesn’t do well or needs more experience at or whatever the case might be, then we’ll try to minimize or, until those improve, work around them.

“I don’t see it being any different than the process and what it’s ever been. It’s just, we know the situation we’re in now is different than the year when we had to plan to play four games without Tom at the start of the season but he would be back after that. This is a little bit different than that, but it’s along the same lines. We get whoever the quarterback is ready.”

“I think those sort of things will really come into play more as we get on the field in training camp and start game-planning and being more specific.” 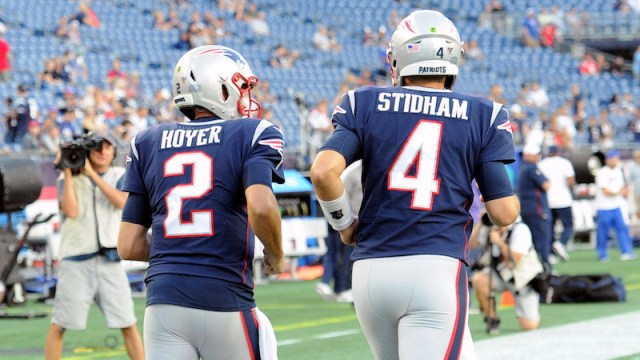 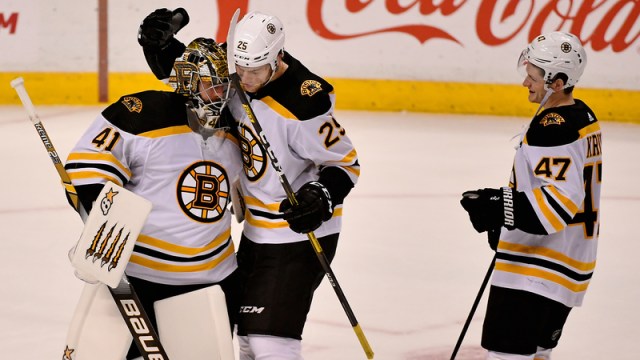