And said partner certainly knows it.

But Krug is positioned to make a good bit of money this offseason, to the point he could price himself out of Boston’s plans. However, last week Krug indicated he hoped he hadn’t played his final game with the Bruins, and clearly Carlo feels the same.

“My first year I played with Zee and grew a lot in different aspects of the game,” Carlo said Monday on a conference call. “But ever since I’ve been with Torey I feel like my game has just continued to flourish, and a lot of that is credit to him, he gives me the confidence to be my best that I can be. Playing with him has been a lot of fun, I tell him all the time how much I enjoy it. We’ll joke back and forth about just being together on a D pairing how fun it truly is.

“For me, I love playing with him, I don’t want to lose him. I’ve made jokes throughout the entire year that he better not leave me. I recognize that this game has a lot of uncertainty with contract situations and different aspects like that, but overall I have the faith that he’s an important piece to Boston and if it’s meant to be and it’s in his path God will handle it.”

The Bruins actually played without Krug and Carlo in the final game before the pause, a 2-0 win for Boston against the Philadelphia Flyers. Carlo was out with an upper-body injury after taking an elbow to the face from Evgenii Dadonov on March 5.

Carlo revealed Monday he was dealing with a concussion, but was nearing a return when things got shut down.

“I definitely would say that I would be cleared now (from the concussion),” Carlo said. “The game before the last, right before the season got shut down, I was going to be returning that next game if everything went well with my final concussion tests with the doctors and whatnot. So, started to feel very good on the ice and off the ice. Took the time to kind of recover from that, wouldn’t say it was that high grade of a concussion, just got a little dazed and confused there. But for now I feel very good, at 100 percent.”

As for the pause itself, Carlo, like many players right now, is holding out hope that things resume in some form or fashion. He is one of the Bruins’ NHLPA player reps, and has some optimism that somehow the rest of the 2019-20 campaign will be played out.

“I think as time goes by the picture is a little bit harder to see at times, but then I’ll read an article and realize that they’re brainstorming every option and then my optimism pops back in,” Carlo said. “I think they are definitely brainstorming every option from the calls we’ve had with the league and whatnot, it’s been great to hear that we’re going to work as hard as we can to establish more games this season and try and make that ultimate goal of rewarding the Stanley Cup happen.

“I would definitely say for myself with the training aspect and everything I’m trying to do my best to stay in shape because I am optimistic about the season returning.” 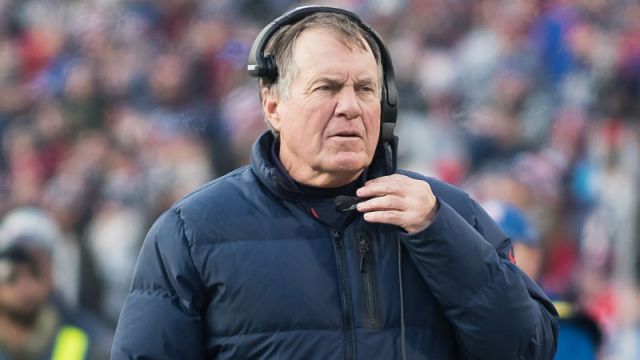 Up & Adam: How Will The Patriots Address Their Tight End Situation?