How Patriots Can Address Offensive Line Need In Each Round Of NFL Draft - NESN.com Skip to content

Leading up to the 2020 NFL Draft, we’ll find fits at every position and in every round for the New England Patriots. Next, we’ll take a deep dive on guards and centers.

The New England Patriots are willing to sacrifice some size for agility while looking for interior offensive linemen.

Look no further than the Patriots’ starting guards, Joe Thuney and Shaq Mason.

Here’s this year’s crop of interior offensive linemen who were invited to the NFL Scouting Combine: We added up the measurables that rank above the Patriots’ average interior offensive linemen. We subtracted any figure below the Patriots’ historical draft threshold.

We also included offensive tackles Jack Driscoll and Josh Jones, since they could be moved to guard in the NFL. We did not include Boise State’s Ezra Cleveland since it seems he’ll be staying at offensive tackle in the NFL. He would have tied Simpson as the best fit in the draft, only failing to meet the “hand” threshold, which shouldn’t ultimately matter anyway.

The Patriots should be looking for a guard or center in the 2020 NFL Draft. They lost their top backup at both positions, Ted Karras, in free agency to the Miami Dolphins. Thuney is on the franchise tag and could be traded. Starting center David Andrews missed last season with blood clots in his lungs. The Patriots are hopeful he’ll be back next season, but his health is not a certainty. If Thuney is traded or Andrews can’t play next season, then the Patriots would need a starter at either position.

Here’s how the Patriots could fill their interior offensive line need in each round of the draft.

FIRST ROUND: C/G Cesar Ruiz, Michigan
If an interior offensive lineman could be drafted in the first round, it would be Ruiz. He won’t be 21 years old until June and didn’t give up a sack last season with the Wolverines. He’s short for the position but moves well. He played right guard as a freshman and center in his last two seasons.

SECOND ROUND: G John Simpson, Clemson
Simpson, at 321 pounds, has the best combination of size and athleticism in this year’s draft. He’s strong but can still move in space. He didn’t give up a sack last season while playing left guard on a talented team.

THIRD ROUND: C Matt Hennessy, Temple
He hasn’t given up a sack since 2017. While only 307 pounds, Hennessy, like Thuney and Mason, aced the three-cone and short shuttle drills. This could be the sweet spot if the Patriots are looking to grab an interior offensive lineman.

FOURTH ROUND: C Darryl Williams, Mississippi State
Williams let up just one sack in 2019. Pro Football Focus notes that Williams has to tack on some strength to play in the NFL. The Patriots use double teams at center frequently, so he might be able to get by early on in New England. He moves very well.

FIFTH ROUND: G Danny Pinter, Ball State
Pinter played right tackle at Ball State but will almost certainly be moved inside to guard or center in the NFL. He started his college career at tight end before bulking up in 2018. He actually caught nine passes for 56 yards with a touchdown and had two rushing attempts for 8 yards before sliding to offensive line. With a 4.91-second 40-yard dash at 306 pounds, it’s easy to see why he started out at tight end. He’ll be 24 years old in June, so he is a bit old for this draft class. He let up just three sacks in college.

SIXTH ROUND: G Jon Runyan, Michigan
We wouldn’t be surprised if Runyan comes off the board earlier, though he’s ranked as a sixth- or seventh-round prospect on most sites. He played left tackle at Michigan but will likely shift inside to guard in the NFL. His athleticism and pedigree are appealing. He let up three sacks in the last two years.

SEVENTH ROUND: C Kyle Hinton, Washburn
Hinton wasn’t invited to the NFL Scouting Combine, but he impressed at the Kansas State pro day. He played left tackle at Washburn but would project as a guard or center in the NFL at only 6-foot-2 with 32.5-inch arms. He’s incredibly athletic for an offensive lineman and would be worthy of a late-round flier. 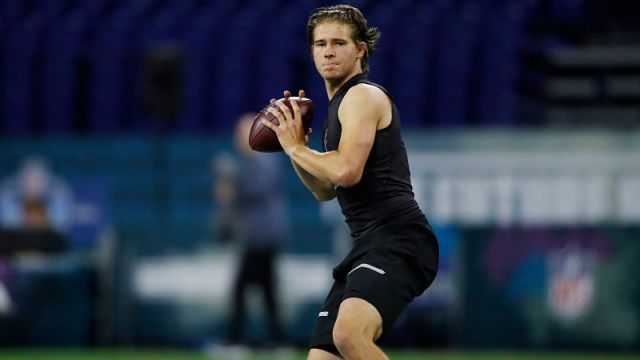 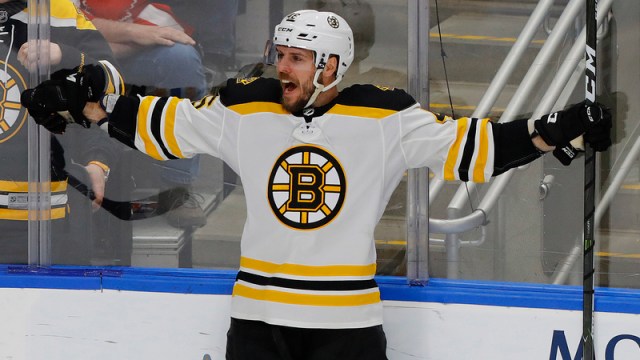