How Patriots Will Use 'Premium Pick' On QB Is Difficult Puzzle To Solve - NESN.com Skip to content

Assembling elaborate puzzles with hundreds of pieces has become a popular way to pass time with nowhere to go during the lockdown.

Myself, I’m not much of a puzzle person. I can barely help with the eight-piece puzzle of a lobster my 2-year-old daughter puts together in her playroom. But one puzzle I have been trying to solve is where the Patriots will fill their No. 3 quarterback void. And it’s a complicated one despite only a dozen or so pieces.

While the Patriots could still, in theory, add a veteran option at the position, that seems unlikely. The Patriots will probably take a quarterback next week in the 2020 NFL Draft.

NFL Media’s Ian Rapoport expects them to use a “premium pick” on a quarterback. ESPN’s Mel Kiper has heard the Patriots like Jalen Hurts. We’ve heard those same rumblings. There’s a popular theory that the Patriots could trade up for Tua Tagovailoa if he starts to fall because of injury, durability or height.

The Patriots would surely like to draft Joe Burrow, but he’ll be gone with the top overall pick. Justin Herbert would fit well with the Patriots, but he’ll likely be taken by the sixth pick. If the Miami Dolphins don’t draft him, then we’ve heard the Los Angeles Chargers would be happy to take him.

So, if we eliminate those possibilities, then that brings us to Tagovailoa. Bill Belichick is close with his college head coach Nick Saban, and Tagovailoa has the accuracy and decision-making skills coveted by the Patriots. Michael Lombardi, who used to work with Belichick on the Patriots and Cleveland Browns, seemed to nix that idea on his podcast, “The GM Shuffle.”

?I know that based on the Patriots? grading system, a 6-foot quarterback would have to be really, really elite over a long period of time for them to draft him,” Lombardi said this week.

?When people throw that out there, that Tua — at 6 feet tall — is an easy target for the Patriots, stop. Because knowing their system, it is hard to get that grade high enough for him to get up there.?

Utah State’s Jordan Love is next up in most quarterback rankings. He’s an intriguing player who shares some traits with Kansas City Chiefs quarterback Patrick Mahomes. Love can occasionally drop the ball in a bucket flat-footed or on the move. He also threw 17 interceptions last season. The Patriots value decision-making and ball protection at quarterback. It feels like it would be difficult for the Patriots to overlook Love’s issues with decision-making and avoiding turnovers last season. Maybe they would. Perhaps they’d trade up to take Love or stay put to see if he falls to them. But it’s tough to imagine.

We wrote Friday that Washington’s Jacob Eason, a second-round projection, isn’t a great fit in the Patriots’ current situation since he’d likely to have to sit for at least a year behind Jarrett Stidham or Brian Hoyer. There also are some questions about his effort and maturity.

We like Hurts’ fit in the Patriots’ offense because even if he didn’t win the starting job, he could contribute in other ways as an offensive weapon. Lombardi was highly critical of Hurts on Wednesday’s podcast, however. And while some might write that off as Lombardi trying to lower Hurts’ value to make it easier for Belichick to take him, that’s not usually how the former Patriots exec rolls in the pre-draft process.

Hurts started his career at Alabama before getting benched for Tagovailoa. He was a backup in 2018 and transferred to Oklahoma in 2019 when his numbers dramatically improved.

“I don’t know where it’s coming from,” Lombardi continued. “When you look at Hurts and his career, are you really saying? Look, I know the numbers get gaudy — 80 touchdown passes in his career, 20 interceptions, 32 last year, averages over 9 yard, but when you look at him at Alabama when he started those 15 games in ’16, it wasn’t like, ‘Oh, wow.’ And then ’17, remember, they want to throw the football, so he’s got to come out of the game. And then in ’18, he doesn’t really play enough. And then he transfers. I don’t know where this is all coming from. There’s a narrative out there on Hurts that’s way different than the narrative that’s what he’s played to. And I think that’s what happens. The narrative can be the ultimate killer in draft.”

So, who’s the premium QB going to New England? This is a fairly strong QB class with Burrow, Herbert, Tagovailoa and Love at the top. But it’s also not without its flaws.

Much like that tricky lobster puzzle, these pieces are not coming together easily. Any choice the Patriots would make by using a premium pick on a quarterback would come with some level of surprise.

More Patriots: Pats To Use “Premium Pick” On QB? 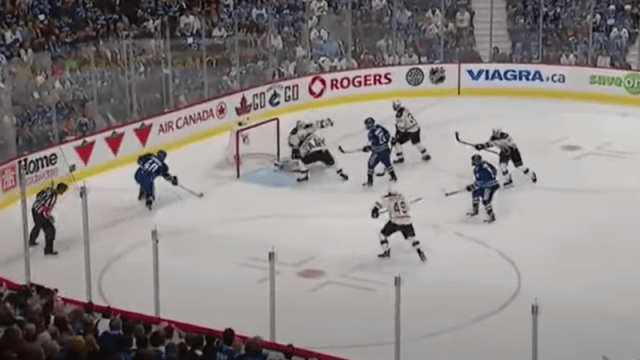