“Versatility” is more than a buzzword for the New England Patriots. It’s a guiding principle.

Throughout the Bill Belichick era, many of New England’s most successful players have been ones with multi-faceted skill sets who were able to line up in multiple spots and handle a variety of different positional responsibilities. Many Patriots starters also are asked to play in the kicking game.

Defensive tackle Lawrence Guy, who was named to the franchise’s 2010s All-Decade Team on Wednesday, summed up this “more you can do” mindset nicely.

“Being a multi-unit player, that?s what they strive to do,” Guy said in a video conference with reporters shortly after the All-Decade Team was announced. “That?s a motto — the more you can do, the better — and that?s what everyone?s able to do on this team.

“If you look through the whole roster, there?s not one person that only plays one position or one aspect. Everybody on the roster can play multiple positions. They can also play special teams in multiple positions. That?s what we strive to be — to be a better player. Not just a single player, but to be an all-around player.”

That strategy of roster construction helps explain the way the Patriots approached the 2020 NFL Draft. New England drafted a total of 10 players, and nearly all of them offer some form of versatility.

Top pick Kyle Dugger (second round), a 6-foot-1, 217-pound defensive back with 4.4 speed, can play free safety, strong safety or hybrid linebacker and also boasts explosive punt-return ability. Josh Uche (second round) played both on the edge and off the ball in Michigan’s defense, making impact plays at all three levels.

In addition to being one of college football’s top run-stopping edge defenders, Anfernee Jennings (third round) also led Alabama in sacks in 2019 and broke up 18 passes over his final two collegiate seasons.

Tight end Dalton Keene (third round) was a Swiss Army knife for Virginia Tech, lining up all over the field on offense. Devin Asiasi (third round) had a more conventional role at UCLA but still logged snaps in-line, in the slot, out wide and in the backfield. Patriots director of player personnel Nick Caserio said he expects Dugger, Uche, Jennings, Asiasi and Keene all to play on special teams, as well.

Wake Forest product Justin Herron (sixth round) was a four-year starter at left tackle but is expected to move to guard at the NFL level. Dustin Woodard (seventh round) split his 52 career starts at Memphis between center (14), right guard (14) and left guard (24). Michael Onwenu (sixth round) can play either guard spot, though he mostly stayed on the right side at Michigan.

Linebacker Cassh Maluia (sixth round) ran a 4.53-second 40-yard dash at his pro day and has the tools to be an impact special teamer if he makes the roster.

The Patriots now will look to maximize these various talents, as they did with Guy.

“I?m able to play multiple positions,” said Guy, who signed with New England before the 2017 season and quickly became one of the team’s top defensive players. “I can say what the Patriots made me do is improve those positions. They challenged me to get uncomfortable in certain positions. In certain spots I know, I?m like, ?Hey, I?ve really got this spot,? but they?ll say, ?You?re really good at that one, but we need you to move down to this spot over here, play a little bit more nose, play a little bit more this, play more of that and develop your skill sets, because we know they?re there.? So they push you to the limit where you?re like, ‘I have to be uncomfortable to get comfortable.’

“Knowing that aspect, you could just see over the years the development (to the point where) I?m able to move down the line and be comfortable at every position. Their pushing of me and their striving for me to be better and better every day got me to the point where I?m able to be comfortable, no matter what hand I put down or what position I?m in. Before, it might not have been that way — I?m comfortable here, so I?m going to stick to this. 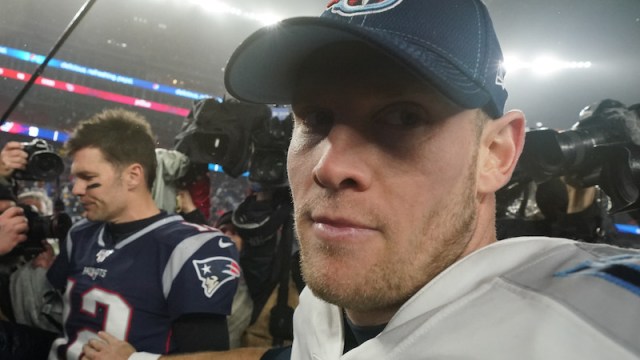 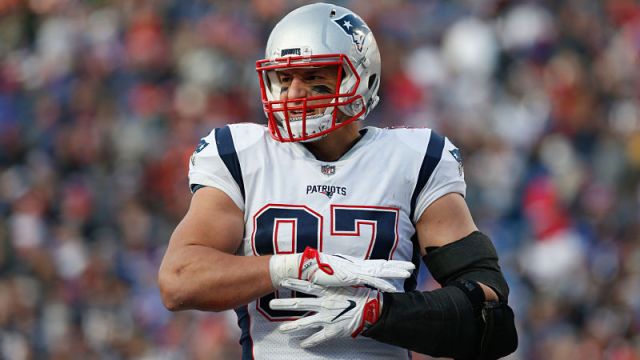