The New England Patriots like what they have in Jarrett Stidham. But one prominent NFL analyst believes the second-year pro needs more seasoning before he’s ready to become an NFL starter.

During an appearance Monday morning on “Get Up,” Todd McShay pooh-poohed the idea of New England handing the keys to Stidham as it begins the post-Tom Brady era.

In his explanation, McShay pointed to the 2019 fourth-round draft pick’s forgettable Patriots debut early last season. Stidham relieved Brady late in a blowout win over the New York Jets but was sent back to the bench after throwing a pick-six on his first series.

?He was a great backup, in my opinion, coming out of college at Auburn and had a chance to be developed into a starter,” said McShay, who co-leads ESPN’s draft coverage, as transcribed by WEEI.com. “Now, you go back and you watch him against the Jets, they threw him in that game and he threw an interception. Bill (Belichick) got annoyed and pulled him out and put Tom Brady back in the game. They were up by about 50 points.

“From everyone I talk to in the organization, they are excited about his development. He has so much potential. He is gifted. He?s been through a lot in his life. He?s got some character and some grittiness and some toughness to him. But he?s not ready yet. That’s the bottom line. He?s not ready to lead the New England Patriots, in my opinion.”

Judging a player on one bad throw from the first month of his pro career seems a bit harsh, but it’s true that Stidham has yet to prove himself in a legitimate NFL game. He impressed during training camp and the preseason last summer but saw action in just three games during the regular season, all in mop-up duty, and didn’t attempt a pass in the final two.

Several draft prognosticators — including McShay’s ESPN colleague, Mel Kiper — envision the Patriots selecting a quarterback in the first round this year. McShay also wouldn’t rule out the addition of a veteran like Cincinnati’s Andy Dalton, whom the Bengals likely will trade or release in the coming weeks.

Other reports have suggested the Patriots are not interested in Dalton, Cam Newton or Jameis Winston.

“Brian Hoyer is there, and he?s a really good backup,” McShay said. “But they are going to have to make a decision on what to do in terms of is it bringing in a veteran like Andy Dalton to kind of send the tide between now and when Stidham is ready. Or is it drafting another quarterback that they think can bring competition and potentially outplay Stidham at that No. 1 position? It is going to be really interesting to see how it all plays out.

“The one thing I know from talking to people inside the organization, it is all about patience and waiting to see how the market plays out and not jumping into something too early when they are not ready for it.”

Stidham and Hoyer currently are the only quarterbacks on the Patriots’ roster. They’re likely to add a third through the draft after releasing Cody Kessler last week. 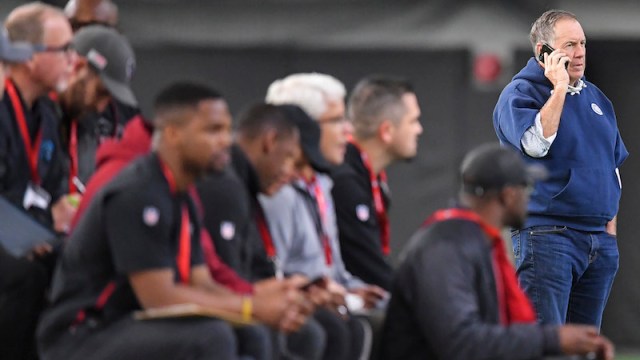 Patriots Are Ultra Secretive About Contact With Quarterback Prospects 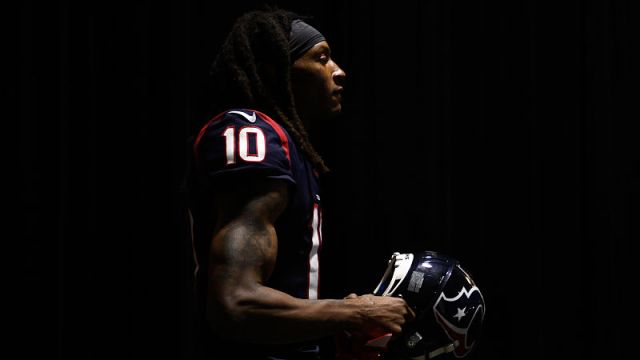