Did you really think mock draft season was over? Ha!

The Patriots traded out of the first round with their 23rd overall pick to move down 14 picks into the second round and grab an additional third-rounder.

There are plenty of talented players many experts believed would be selected in the first round still available like safety Xavier McKinney, cornerback Kristian Fulton, linebacker Zack Baun and wide receiver Denzel Mims.

So, let’s reset the picks and do this mock draft all over again.

We had the Patriots trading down to grab Kmet in Thursday’s mock draft. He’s still on the board, so we’ll take him again.

If Kmet is gone by No. 37 overall, then the Patriots could grab Baun, McKinney or Michigan linebacker Josh Uche. Kmet has the best combination of size and speed in this year’s draft at tight end.

If the Patriots can’t reach an agreement with Thuney on an extension by Friday night, then they might be forced to move him to get 2020 draft compensation. Otherwise, the Patriots would have to trade him for a 2021 pick or a player. It would be tough to carry his nearly $15 million franchise tag figure.

Cleveland has the athleticism to excel in New England at guard or tackle. He has shorter arms which could precipitate a move to guard. If the Patriots trade Thuney, they’ll need some assurances on the offensive line. They also could need help at right tackle if Marcus Cannon’s contract needs to be moved.

The Patriots filled their biggest need in the second round with a tight end, so now they’ll grab Wilson with the third-rounder they got from the Chargers. Wilson is a big, thumping inside linebacker.

He could fall because of injuries, but without them, he could have been a first- or second-round pick. He’s a big, physical wide receiver.

It’s tough to find players who are 6-foot-6, 311 pounds and run a 5.12-second 40-yard dash. Davis could fall because of his lack of pass-rushing prowess. The Patriots don’t really require that skill out of their interior defensive linemen.

The Patriots will wait to grab a quarterback until Day 3 in the mock. Their options in the first three rounds are somewhat limited if Jacob Eason, Jalen Hurts and Jake Fromm all come off the board. So, they’ll take the tall, big-armed Pac-12 product.

Patriots deal this pick and the 212th overall pick to the Chicago Bears for their fifth-round pick (163rd overall) and a future fifth in this mock.

The Patriots could just as easily take Georgia’s Rodrigo Blankenship, Georgia Southern’s Tyler Bass or Oklahoma State’s Matt Ammendola here. Sloman had a nice combination of accuracy and power with the RedHawks in 2019.

We’ll stray from our usual Dalton Keene pick to grab Moss, who falls to the fifth round because of his lack of size, some injury concerns and just one year of production. He’s Randy’s son, by the way.

Are you tired of reading about short arms? Too bad! Coughlin was a productive pass rusher in college, but guess what could make him move to inside linebacker in the NFL? Stature and short arms. He’s kind of like a poor man’s Kyle Van Noy.

So, Robinson left school early to play in the XFL, but he’s now draft-eligible. He’s a rangy free safety who could fill the void left by the Duron Harmon trade.

Runyan played left tackle at Michigan, but he’ll kick inside to guard in the NFL. If the Patriots do trade Thuney, then they’ll take multiple cracks to replace him.

Remember the guy Bill Belichick worked out in the rain while the NFL Scouting Combine was going on? Yeah, we’ll grab him here. He has good size at 6-foot-3, 256 pounds. That’s about all we know about him other than the fact that Belichick was willing to travel to Murfreesboro, Tenn. to learn more about him. I can’t imagine Belichick would go to Murfreesboro for no reason. 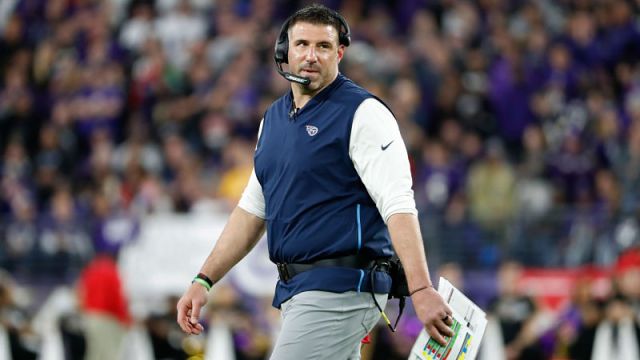 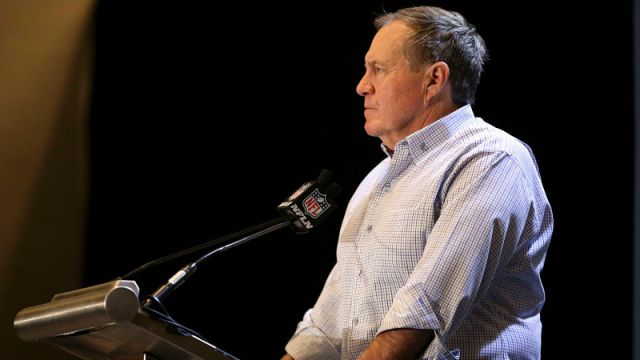