You thought it was going to happen again, didn’t you? You were afraid the New England Patriots were going to skip taking a tight end for the second straight draft.

Well, it didn’t happen. The Patriots traded up to grab UCLA tight end Devin Asiasi with the 91st overall pick in the 2020 NFL Draft. The Patriots dealt the 100th, 139th and 172nd picks to the Las Vegas Raiders for the 91st and 159th overall picks. The Patriots now have two fourth-round picks, one fifth-round selection, four sixths and a seventh on Day 3 of the draft.

The Patriots took three defenders with their first three picks in the 2020 NFL Draft.

With a more popular projection, Dayton’s Adam Trautman, still on the board, the Patriots instead took a big, athletic tight end in Asiasi, who stands 6-foot-3, 257 pounds and ran a 4.73-second 40-yard dash.

Asiasi was a bit of a one-year wonder with the Bruins, catching 44 passes for 641 yards with four touchdowns in 2019. He had 52 career catches for 789 yards with six scores in three seasons split between UCLA and Michigan.

He split his time between the slot and inline at tight end. Pro Football Focus graded him out as an above-average run blocker. He only dropped one pass in 2019. He’s one of the most complete tight ends in the 2020 draft class.

Asiasi should compete with Matt LaCosse and Ryan Izzo for a starting role in the Patriots’ offense as a rookie. The Patriots were extremely shallow at the position before adding Asiasi. They got little production out of their tight ends in 2019 with LaCosse, Izzo, Ben Watson and Eric Tomlinson eating up snaps with Rob Gronkowski retired.

Asiasi is the first tight end drafted by the Patriots before the fourth round since Gronkowski in 2010. The Patriots have since taken Aaron Hernandez, Lee Smith, A.J. Derby and Ryan Izzo in the fourth, fifth, sixth and seventh rounds, respectively. 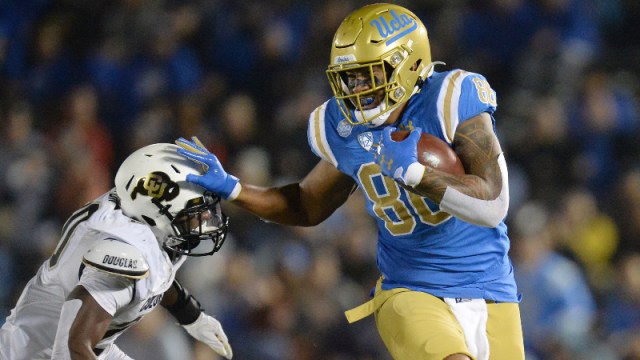 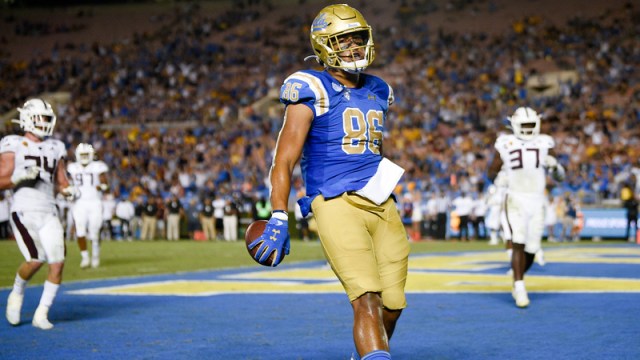