Patriots' Kyle Dugger Has 'Mountain' On His Shoulder After Inspiring Journey To NFL - NESN.com Skip to content

How off-the-radar was the collegiate program that produced Kyle Dugger? The entire population of the city it’s located in can fit inside Gillette Stadium with plenty of seats to spare.

Dugger was a no-star recruit out of Whitewater High School in Decatur, Ga. After receiving exactly zero offers from FBS or FCS schools, he enrolled at Lenoir-Rhyne University, a Division II program in Hickory, N.C., (population: 40,925) that, until Friday, had not produced a player selected higher than 150th in the NFL draft.

Dugger was the second player at his position (behind Alabama’s Xavier McKinney) selected in the 2020 NFL Draft and the 37th player overall, coming off the board with the fifth pick in the second round. But he’s not about to forget his underdog roots.

?As far as a chip, it?s definitely grown a mountain on my shoulder,” Dugger said on a conference call with reporters shortly after his pick was announced. “That?s something that?s going to be permanent. I?m going to carry it throughout my career, as long as I have an opportunity to play the game.”

It’s not overly uncommon for players from outside Division I to wind up on NFL rosters, but they typically do so as late-round draftees or undrafted free agents. That was the case with Patriots wide receiver/punt returner Gunner Olszewski, the converted cornerback from D-II Bemidji State who made the team last summer after a rookie tryout. (See also: Malcolm Butler.)

Rarely do teams use premium picks on prospects like Dugger, whose collegiate schedule consisted of opponents like Virginia Union and Tusculum.

“Division II football, it definitely made me different,” said Dugger, who was the D-II defensive player of the year last season despite a wrist injury that limited him to just seven games. “The program wasn?t made to produce NFL players, so a lot of the things — if I wanted to get better, I would have to take it into my own hands as far as my work ethic, the way I approached myself, how I looked at myself on film, how I critiqued myself.

Dugger, who got to test his mettle against the cream of the college crop at the Senior Bowl in January, is a versatile defensive back who could play multiple roles for New England, from free safety to linebacker to punt returner (he returned six for touchdowns in college). He’ll provide an influx of youth and athleticism to a veteran-laden safety group led by soon-to-be 33-year-olds Devin McCourty and Patrick Chung.

Asked to sum up his inspiring football journey to this point, Dugger called it “really an unexplainable feeling.”

“The closest thing,” he said, a smile evident in his voice, “would probably be my first Christmas.” 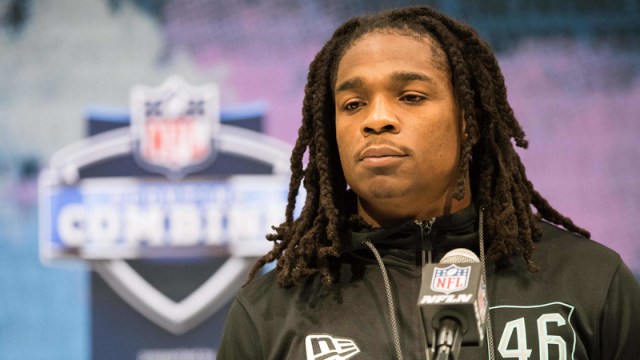 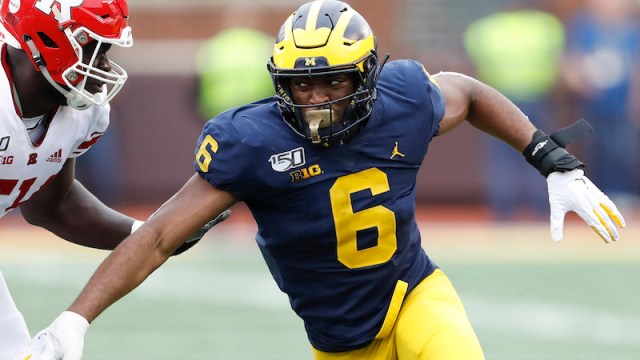