The New England Patriots have several roster needs ahead of the 2020 NFL Draft.

Some are more glaring than others.

ESPN.com published a piece Monday in which Football Outsiders, a website focused on advanced analytics, broke down each team’s draft situation before Round 1 on Thursday night. The Patriots’ “biggest need,” according to Football Outsiders, is a quarterback.

This makes sense, seeing as New England is tasked with replacing the most accomplished QB in league history. Jarrett Stidham, a fourth-round pick in last year’s draft, currently is the frontrunner to assume the role vacated by Tom Brady, with veteran journeyman Brian Hoyer serving as New England’s backup. But the Patriots definitely could use another QB. They’ve been linked to several college quarterbacks in recent weeks, with Football Outsiders identifying Utah State’s Jordan Love and Oklahoma’s Jalen Hurts as “prospects who might fit.”

Football Outsiders also pointed to “pass-catchers” as being the Patriots’ “quiet need” just days before the draft. New England’s offense struggled for most of 2019 thanks in large to lackluster production from the team’s wide receivers and tight ends.

All that being said about Brady and a need for a new quarterback, part of Touchdown Tom’s downfall in 2019 was the Patriots’ poor pass-catching corps. Had New England had either a bad wide receiver corps or a bad tight end unit, perhaps they could have made do as they have before, but having both units be subpar handcuffed one of the best playcaller/quarterback duos in recent history. 2019 first-round pick N’Keal Harry taking a step forward in 2020 would give the Patriots a much-needed boost, but they still need to add talent at wide receiver and tight end. The wide receiver group lacks speed in particular, while the tight end unit lacks receiving talent of any kind. Considering the strength of the wide receiver class and weakness of the tight end class, it is much more likely and reasonable for the Patriots to satiate their needs at wide receiver with this draft.

Football Outsiders pinpointed LSU’s Justin Jefferson and Dayton’s Adam Trautman as “prospects who might fit” when it comes to adding pass-catching help.

While finding Brady’s successor — whether it’s Stidham or someone else — should be New England’s top priority this offseason, it’s perhaps underselling New England’s lack of pass-catchers to suggest it’s a “quiet need.”

Everything Football Outsiders described is accurate and logical. But really, we should be making far more noise about New England’s shaky offensive depth, which extends well beyond the quarterback position.

If the offense struggled in 2019 with Brady at the helm, what can we reasonably expect in 2020 without Brady, especially if the Patriots don’t significantly upgrade their pass-catching core and hand the keys to a young, inexperienced quarterback? 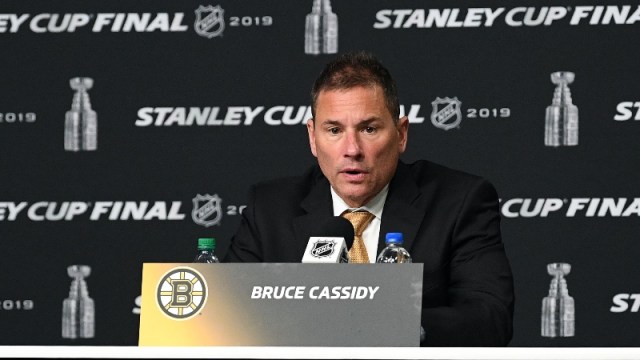