Patriots Trade Up For Tight End Devin Asiasi In Third Round Of 2020 NFL Draft - NESN.com Skip to content

After addressing defensive needs with their first three picks in the 2020 NFL Draft, the New England Patriots finally landed a tight end.

The Patriots traded up with the Las Vegas Raiders to select UCLA’s Devin Asiasi in the third round (91st overall).

Asiasi, the second tight end draft this year after Notre Dame’s Cole Kmet, was a one-year starter at UCLA, catching 44 passes for 641 yards and four touchdowns. He measured in a 6-foot-3, 257 pounds at the NFL Scouting Combine, running a 4.73-second 40-yard dash with marks of 30 1/2 inches and 115 inches in the vertical and broad jumps, respectively.

“Once he learns to attack throws and body defenders with his frame, he will offer value as a possession target on third downs,” Zierlein wrote in Asiasi’s NFL.com draft profile. “Asiasi’s areas of improvement are attainable and he projects as a play-making Y with future TE1 potential.”

Tight end was the Patriots most glaring positional need entering the draft, as their depth chart consisted of just Matt LaCosse and Ryan Izzo. They could look to add an additional body for that group on Day 3.

Earlier Friday, the Patriots selected Lenior-Rhyne safety Kyle Dugger (37th overall) and Michigan edge rusher Josh Uche (60th) in the second round and Alabama edge rusher Anfernee Jennings (No. 87) in the third. They currently own eight additional picks on Saturday, including two in the fourth round and one in the fifth. 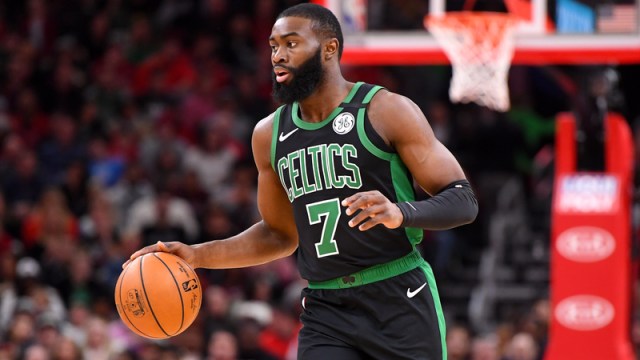 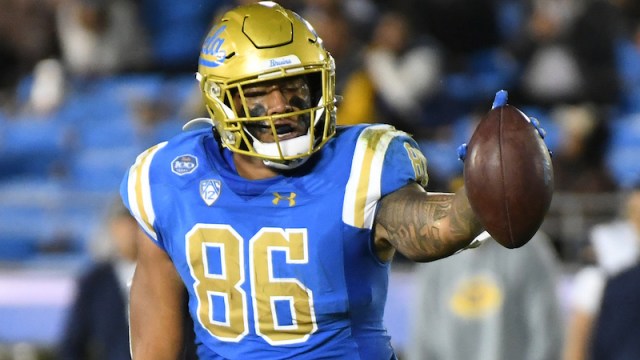