The Tom Brady-Rob Gronkowski reunion might have happened in New England had Brady not left for Tampa Bay.

That’s what Gronkowski claims, at least.

The newly unretired tight end said Wednesday during his introductory Buccaneers video call that he would have considered rejoining the Patriots if Brady had stayed on as New England’s quarterback.

“I would?ve definitely looked at the opportunity, for sure. Hands down,” said Gronkowski, who was traded to Brady’s Bucs on Tuesday. “When he was going through that free agent process, I was interested to see where he was going to go. … At that moment, I was still up in the air, too. I really didn?t know if I was going to (return) or not. I wasn?t sure if I was going to play. I had a little fire under me, but (returning to the Patriots) would?ve definitely been an opportunity I would?ve looked at, for sure, because playing with Tom is special. He?s one of the greatest quarterbacks of all time. …

?It just happened to be the right opportunity down in Tampa. Tom was like the appetizer of the whole meal. He got me hooked when he went down to Tampa. I saw what was down there — the opportunity to go down there and play with that type of offense… I?m definitely looking forward to that.?

Gronkowski’s affinity for Brady is well-documented. In 2018, he nixed a trade to the Detroit Lions because he refused to catch passes from any other quarterback. The two played nine seasons together in New England and hooked up for 78 touchdowns, by far the most Brady has thrown to any player. Randy Moss is second on that list at 39.

After retiring in the wake of Super Bowl LIII and not playing in 2019 (“My body 100 percent needed a rest,” the 30-year-old said), Gronkowski approached Brady about the possibility of teaming back up. This week, that plan came to fruition.

?We actually got together two months ago,” Gronkowski said. “We rarely talked about what his decision was going to be. But we did talk about, for one second, real quick like, ?Hey, I?m kind of getting that fire underneath me again,? I told him. I said, ?I?m definitely interested in the decision you make.? I didn?t put any pressure on him. I said, ?If there?s a right opportunity out there and you go somewhere and that opportunity is right — and even if you go back to the Patriots and the opportunity is right — there?s a possible chance that I would definitely love to reconnect.?

?That?s where the conversation started. He was all fired up and all juiced up about it. That was pretty cool at the moment. In the end, it happened over time, which is pretty neat.”

The Bucs sent a 2020 fourth-round draft pick to the Patriots in exchange for Gronkowski’s rights and a seventh-rounder. 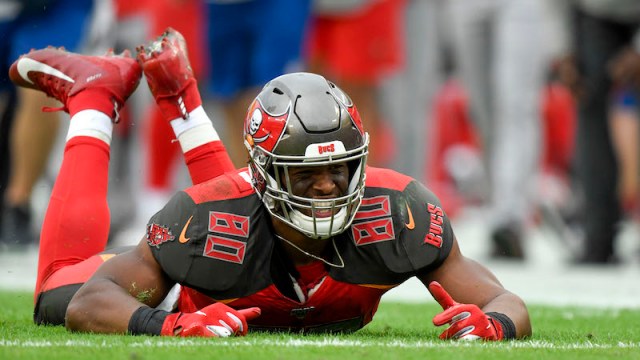 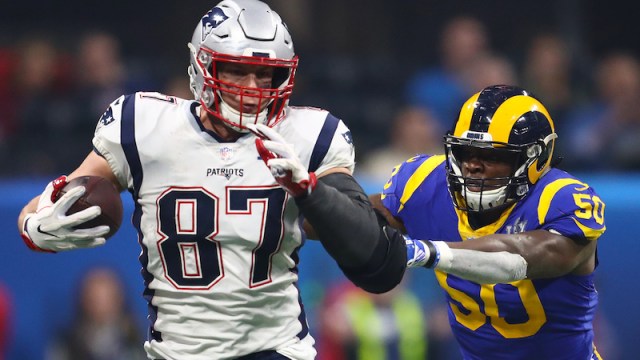