The Pro Bowl running back reportedly signed a mega contract extension with the Carolina Panthers on Monday, making him the highest-paid running back in the history of the NFL. The 23-year-old’s contract is worth $64 million over four years, according to ESPN’s Adam Schefter. McCaffrey is the only player in NFL history to total 2,500 rushing yards and 2,500 receiving yards in his first three seasons, making this contract seem even less shocking.

The best part, however, is the reactions of fans on Twitter after the news broke about the massive extension.

CMAC is getting that money? pic.twitter.com/qYMiIpjsvT

This is how Christian McCaffrey is sleeping tonight pic.twitter.com/ZGRbkDwCvJ

And of course, the man himself had to give his own reaction.

Christian McCaffrey: “I’m so excited to continue my career in Carolina. I want to thank Mr. Tepper, Marty Hurney, and Coach Rhule for the opportunity to help lead this great franchise, and to all my teammates for their help along the way. And to Panthers fans, KEEP POUNDING!”

These big-time contracts for running backs have had their perks and at other times, not so much. It’s only a matter of time before we learn if one of the best weapons in the league proves to be worth his record-breaking deal. 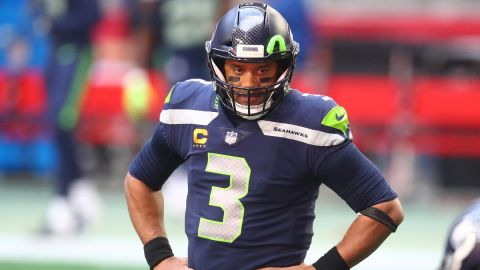