“MLB: The Show” continued its 29-game virtual season, and the Boston Red Sox pitcher came up big for his team … as Rafael Devers.

Boston was up 1-0 on the Los Angeles Angels in the top of the fifth inning when Devers came to the plate and hit a two-run home run courtesy of Rodriguez, who was behind the controller.

Rodriguez’s reaction was pretty awesome. Check it out:

While this certainly is nice to watch, we’re sure fans can’t wait to see a Devers home run live in person. 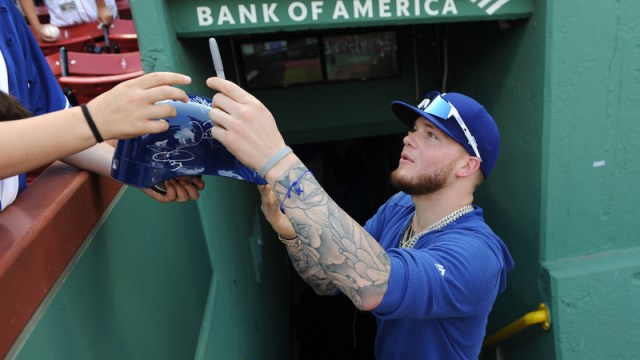