Where Would Jarrett Stidham Rank In 2020 QB Class? NFL Analyst Weighs In - NESN.com Skip to content

The Patriots grabbed Stidham in the fourth round of the 2019 NFL Draft, and he’s currently their prospective starter for the 2020 season after Tom Brady left for the Tampa Bay Buccaneers. Jeremiah was asked Wednesday on WEEI’s “Dale & Keefe” program where Stidham would rank among 2020 NFL Draft quarterback prospects.

?(Stidham) was a tricky evaluation because I had seen him throw live, I went and watched him as a counselor at the Elite 11 in Los Angeles and saw him throw with all the top college kids,” Jeremiah said. “I thought he threw it better than all of them. I thought he had tremendous ability, but he played in that goofy offense at Auburn, which didn?t do him any favors. He was a tough evaluation, but talent-wise he was impressive.

?I would say last year I had him in probably that third-round range, and then this year I would say, if you just go off of talent, he?d be in the conversation as the fourth or fifth guy.?

More Patriots: Should Pats Double-Dip At One Position In 2020 NFL Draft?

LSU’s Joe Burrow, Alabama’s Tua Tagovailoa and Oregon’s Justin Herbert are the consensus top quarterbacks in the 2020 NFL Draft and could all be gone in the top 10 picks. So, Jeremiah puts Stidham ahead or right behind Utah State’s Jordan Love, who also could be a first-round pick. Washington’s Jacob Eason, Georgia’s Jake Fromm and Oklahoma’s Jalen Hurts rank behind Love.

Jeremiah doesn’t believe the Patriots will take a quarterback with their 23rd overall pick in the 2020 draft.

?I would say no, I don?t think so,” Jeremiah said. “I think you are looking at, to me, Jordan Love is the only one of the big four as we?ve kind of referred to them for the draft process of potentially being there and Jordan Love, I don?t think he?s a great fit, at least traditionally in what they?ve done there.

“That offense, I know things are going to change now that Tom is gone, but I think that would be a little bit of a project. Tremendous upside, but I don?t love the fit. If they wanted one I think they would have to trade up and get one of the top three guys and I don?t really see them doing that in this draft.”

Love threw for 20 touchdowns and 17 interceptions in 2019 but had a much better season in 2018 as a sophomore when he threw for 32 touchdowns and six interceptions. Love has been compared to Kansas City Chiefs quarterback Patrick Mahomes for his ability to make plays on the move. He took too many risks in 2019, leading to his increase in turnovers. 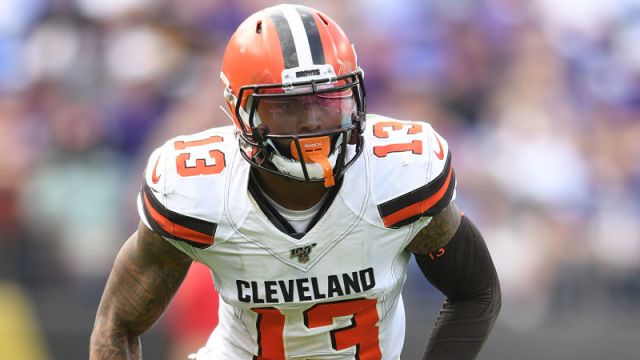 Home With NESN Cribs Edition: Steve Lyons Gives Us Inside Look In Home