Once sports return following the COVID-19 outbreak, most likely will be playing games without fans in the stands, though it’s certainly no one’s first choice.

That said, “The Bachelor” creator Mike Fleiss thinks leagues like Major League Baseball can capitalize on the opportunity to give fans a unique look inside the sport by creating a reality television-like environment.

“If there’s no crowd noise, you’ll be able to hear all the trash talking. You might as well embrace it. Start mic-ing up players, or use directional microphones, so you can hear everything that’s being said,” Fleiss told Bill Shaikin of the Los Angeles Times. “That’s something the audience hasn’t had before. Having been on the field at games, hearing it is really exciting. That’s the thing I think would be the best.

“I would be trying to replace the excitement of the fans screaming and the pulsating cheering with the inside scoop of what it’s really like to be in the game and hear everything that’s being said, and even the stuff on the mound.”

Some players like Boston Red Sox ace Chris Sale, however, aren’t entirely on board with the idea of playing games in bubble cities and possibly being separated from their loved ones for an extended period of time. But Fleiss has an answer for that, too, that he thinks could boost the game’s entertainment value.

“You can (film) all the girls. … They’re in the stands, separated in their own sections or whatever. Those guys are now playing for more than the pride of winning a baseball game. If you go on an eight-game losing streak, that’s not good.”

Though it’s unlikely sports will lose initial viewership once they return, this actually might be a good idea to keep fans engaged while they’re unable to attend games. And if it’s successful in MLB games, who knows which other sports might adopt the idea.

C’mon. You know you’ve always wanted to hear all the on-field chatter. 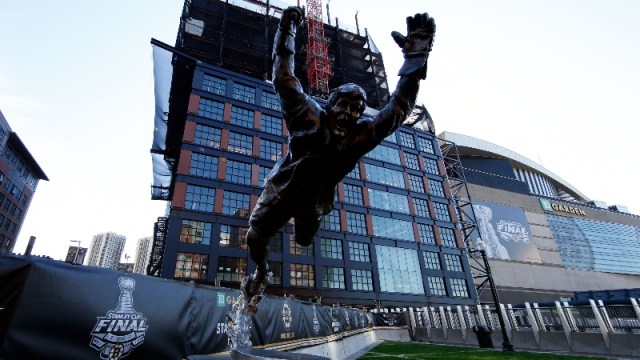 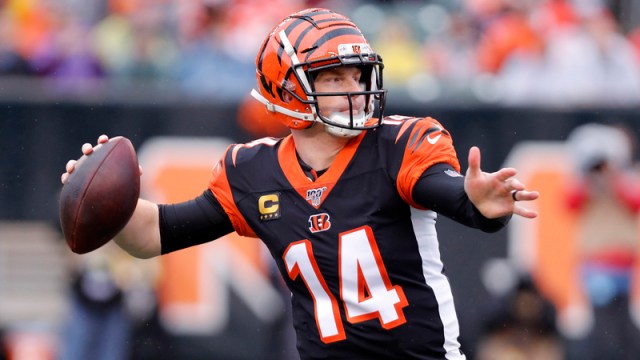 Andy Dalton Explains Why He Joined Cowboys Despite ‘Several Options’