It’s been a busy year for Johnny Beecher.

Over the last year, the Elmira, N.Y. native graduated from high school in Northville, Minn., while training with the United States National Team Development Program. He then was picked 30th overall by the Boston Bruins in the NHL Draft and months later began school at the University of Michigan. He paused his NCAA career so he could play for Team USA at World Juniors in late December into early January, then retuned to Ann Arbor to continue playing for the Wolverines until the COVID-19 break abruptly ended his first collegiate season.

Get all of that?

But now he’s back home in New York finishing classes for the semester and working out with his brother to stay in shape. If the go-ahead is given at some point, he’s hoping to return to Michigan to work out with his teammates on the ice.

Regardless of what happens moving forward though, he considers the last year a success, chaotic as it might have been.

“I thought the last year was really big for me in development both on and off the ice,” Beecher told NESN.com last month. “I’ve really loved my time at Michigan, it’s an unbelievable university in everything from the academics to the hockey, it was amazing. I feel on the ice I really developed a lot, and by the end of the season I felt that I was playing some of the best hockey I ever have. Obviously it was a busy year — going to World Juniors around Christmastime, trying to win gold at that, sadly came up short — but I think the year in total was a success. I think I learned a lot and grew a lot as a person.”

A power forward, the 19-year-old entered school long comfortable using his big frame (which currently is listed at 6-foot-3, 209 pounds) to establish himself in front of the net to create offensive chances.

But for his size he moves well, which immediately caught the attention of Michigan teammate Jack Becker, a 2015 seventh-round pick of the Bruins who played on a line with Beecher at times this past season.

“His speed down the middle is really impressive, it opens up a lot of things, like to get the puck in the neutral zone you can give him a pass in the middle and he can blow by guys,” Becker said. “The biggest thing is his speed and how he can just open up the ice and create more space for you.”

But when Beecher was drafted, one of the areas immediately identified as an area of development in his offensive game was his scoring touch.

Mere days after being drafted, Beecher reported to Bruins development camp, and over that week his scoring touch was something the organization implored him to work on when he departed Boston.

“A big thing that they said, which I completely agree with, is one thing I’ve got to work on is my scoring touch and making little plays in tight,” Beecher said. “It’s been a big focus of mine the past couple years and this past year I worked on it quite a bit. … It’s still a huge area of focus for me and something that I’ll continue to grow on and get better at.”

Ultimately, he finished with nine goals and seven assists in 31 games as a freshman.

“I think the biggest thing for me on ice — which, I don’t even think was very visual — I think it was just my confidence,” Beecher said when asked where he though he grew the most on the ice. “I think from the beginning of the year to the end of the year I wanted the puck on my stick more and I was able to make more plays and just be able to be comfortable with the puck on my stick. So I think that really changed my game and helped me become a better player and just be more comfortable on the ice and make more plays.”

Almost poetically, in what proved to be the final game of the season Beecher scored a coast-to-coast goal that concluded with a slick wrist shot from the top of the circle. It was a goal that most certainly wouldn’t have come together for a kid that was short on confidence.

And riding shotgun with Beecher appeared to be an enjoyable experience.

It wasn’t all smooth sailing for Beecher in the Year 1, however.

He was suspended one game for his role in a quasi-brawl against Ohio State on Feb 1. Beecher hardly was the instigator, but he did clear as day swing his head at a Buckeyes player.

It was the head-butting act that got Beecher hit with the ban by the Big 10, a punishment his head coach, Mel Pearson, emphatically disagreed with, arguing the five-minute major and game misconduct was more than enough punishment for someone who did not start the fight and only responded when he was on the receiving end of punches.

But Beecher, fair or unfair, took his medicine, and over two months after the incident wasn’t about to turn around and start pointing fingers.

“I think playing the game of hockey, there’s a lot of emotions that get involved with it,” Beecher said. “Just being able to keep your head in some of those situations and not just let your emotions get the best of you. It’s obviously something I’m not proud of, but at the end of the day I’ll learn from it and try not to do it again.”

World Juniors could have gone better for Beecher and the Americans. They went 3-1-0 in group play, but were bounced in the quarterfinal with a 1-0 loss to Finland. Beecher finished the tournament scoreless over five games with two penalty minutes.

But the time in the Czech Republic was a memorable one for Beecher, who will be eligible to play in the tournament again this year should he make the team (and assuming the tournament is not cancelled due to coronavirus).

“It was awesome. I think World Juniors is one of those things where growing up it’s one of your biggest dreams in life to not only put on the USA sweater, but on that platform,” Beecher said. “I learned a lot, and like I said earlier we came up short and I think that was the biggest thing i took away from that — it doesn’t matter who you have on your team, or what it says on paper, you’ve got to show up ready to play every night.

“Unfortunately we didn’t do that, I can tell you right now that every single guy in that locker room was extremely disappointed, and if I get another chance to represent my country come next Christmas I’ll take more advantage of it and I’ll be ready to go.”

While on Team USA, Beecher added to his rolodex of Bruins prospects that he already can say he played with in a competitive setting. Yale’s Curtis Hall, a 2018 fourth-round pick of the Bruins, also was on that World Juniors team, scoring a goal over those five games.

Beecher is enjoying getting to play alongside Becker and Hall, who he very well could play with again down the road in the pro game.

“Those two, they’re both world class guys,” Beecher said. “I’m really close with Becks at school, he’s helped me a lot throughout my freshman year, just trying to find my way and he’s been awesome for me. And Hallsy, he had a great tournament a World Juniors, (I) didn’t really follow up too much, but from what I heard he had a great year at Yale. So I’m really excited for him. I think it’s awesome just getting to make those relationships and see how they transpire down the road.”

It should go without saying that the New England region has a good connection with the University of Michigan thanks to arguably its most notable football alumnus, Tom Brady.

Asked if Brady should have stayed with the Patriots instead of joining the Tampa Bay Buccaneers, Beecher acknowledged both sides.

“I personally think he would’ve been pretty well off staying right in New England and playing for the Pats for the rest of his career and maybe even bringing back another ring or two.” Beecher said. But whatever is going to work best for him and his family is what he’s got to do, and so I’m wishing him the best of luck.” 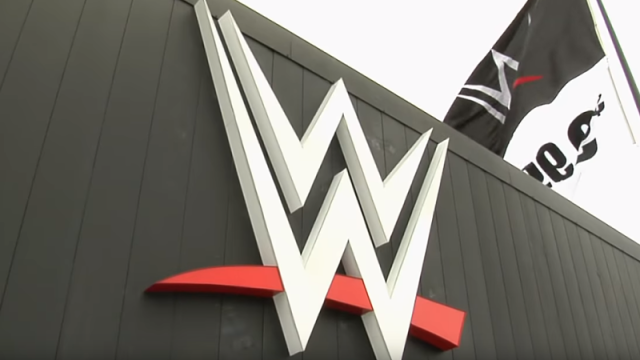