Everyone expected the New England Patriots to draft a Wyoming linebacker. No one knew it would be Cassh Maluia.

Prior to the 2020 NFL Draft, Wyoming linebacker Logan Wilson was one of the Patriots’ most popular picks in mocks. New England wound up passing on Wilson to take Renoir-Rhyne safety Kyle Dugger and Michigan linebacker Josh Uche in the second round. But those who watched Wilson carefully prior to the 2020 draft should have been familiar with Maluia, one of the Patriots’ sixth-round picks.

Maluia played next to Wilson in the Cowboys’ defense as a three-year starter. Though Maluia wasn’t as highly touted of a prospect as Wilson, he too was an impressive player at Wyoming, and there’s a lot to like about the undersized linebacker’s game. In all of these clips, he’s the player wearing No. 46 with long, flowing black hair.

He’s a versatile defender who can drop back in coverage, thump in the middle of the field and make plays moving horizontally from sideline-to-sideline. He wasn’t as productive in college as Wilson, but he did manage 16.5 tackles for loss, 1.5 sacks, four interceptions, seven pass breakups, three fumble recoveries and two forced fumbles in four seasons.

Maluia played in the middle of the field as an off-ball linebacker and occasionally on the edge. He also lined up in the slot and proved to be a consistent 1-on-1 coverage player against tight ends and running backs.

He let up 32 catches on 40 targets for 298 yards with no touchdowns and two interceptions in 2019, per Pro Football Focus.

Maluia, who played quarterback and safety at Paramount (Calif.) High School, was a hard hitter in the middle of the field. He could lower the boom against ball-carriers and lead blockers. He was adept at getting off of blocks and could overpower offensive linemen as a pass rusher.

Though Maluia is a smaller linebacker, he didn’t necessarily play like he’s undersized. His effort also never seemed to wane late in games.

So, why did Maluia get drafted so late? Some of the reasons we already mentioned. He’s on the smaller side, was the second-best linebacker on his team and played against a lower level of competition in the Mountain West Conference. Not to be a stat scout, but Maluia finished his college career with half as many solo tackles, total tackles, tackles for loss, sacks, interceptions, pass breakups and forced fumbles as Wilson.

He was a hard hitter but did whiff at times on tackles. He missed 13 tackles in 2019, per PFF. There’s some concern that his game will translate against much better competition in the NFL.

Maluia likely will begin his NFL career as a special teams player. He does have some upside as a defender because of his versatility, athleticism and lack of any glaring weaknesses, but his most likely trajectory is that of a core special-teamer and backup defender.

Overall, he was certainly worth a late-round flier, and he was a fun player to study.

More Patriots: What To Expect From UDFA Receiver Jeff Thomas 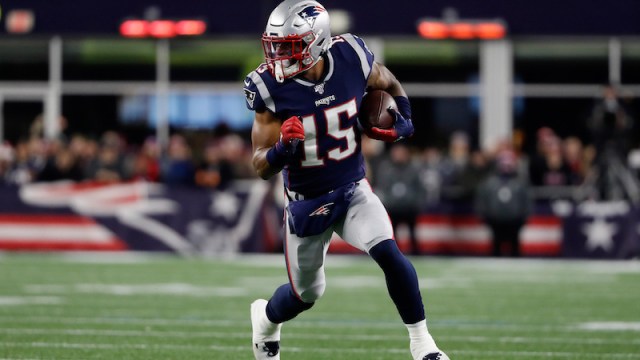 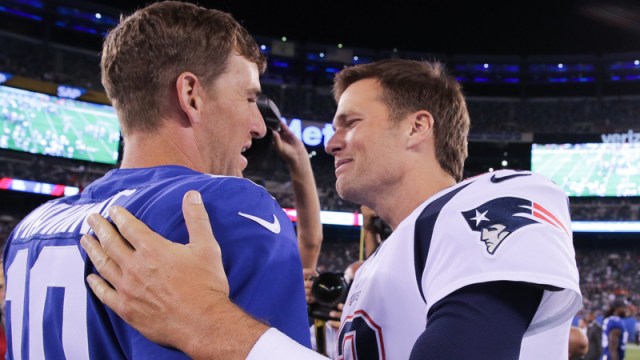 Tom Brady Jokes About Facing Peyton Manning, Not Eli, In ‘The Match’