The NBA’s poll to players reportedly revealed overwhelming support, depicting those around the league are interested in resuming the 2019-20 season.

Boston Celtics guard Jaylen Brown seems to be among the majority who feels that way. Brown, the vice president of the NBA’s Players Association, spoke to CNN on Wednesday and shared his thoughts on the meeting, and how he hopes the process will play out.

“A lot of the guys want to play,” Brown told the network. “I think the most influential players that were on that call that we speak of, a lot of those guys want to continue to season. And that’s very important to us. But we also got to meet with some of the guys that also make up this league and see how they feel.”

Brown expressed how he felt like the league is progressively moving forward.

“Everything is moving in the right (direction). We just want to make sure that, we understand that the NBA represents, and is the estimate, for a lot of society,” Brown said. “We don’t want to come back too early and make people feel like things are OK and things are not, and they’re potentially dangerous.

Jaylen Brown on @CNN: "A lot of the guys want to play. The most influential players that were on that call that we speak of, a lot of those guys want to continue the season and that's very important to us." pic.twitter.com/lShZj8x4UW

NBA commissioner Adam Silver, reportedly, is hoping to make the final decision — whether the league will return or not — within the next two to four weeks. 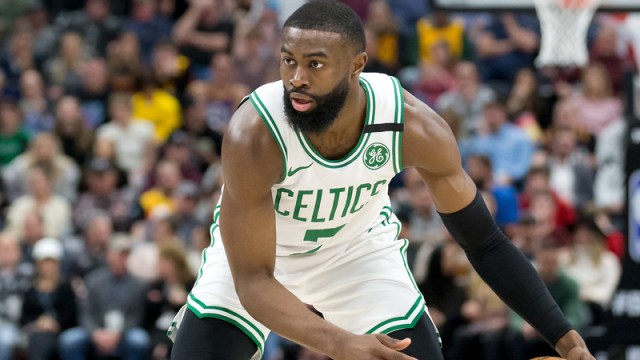