It began with an innocent debate question posed by the “NFL on FOX” Instagram account: Is it tougher to catch a pass against New England Patriots cornerback Stephon Gilmore or break up a pass while guarding New Orleans Saints wideout Michael Thomas?

Which is tougher to do?

DeVante Parker, the Miami Dolphins’ top receiver, chose the former, commenting “A” on the photo.

The comment seemed to be Parker’s way of complimenting Gilmore, whom he torched in Week 17 (11 targets, eight catches, 137 yards) to cap by far the most productive season of his five-year NFL career.

Thomas, though, viewed it as a slight. He delivered a swift — and, some might say, overly aggressive — response.

“For you yes,” the Saints star commented, tagging Parker. “Go run some numbers up. Then you can talk I lapped you and you been in the league longer then me first rounder.”

Parker and Thomas then proceeded square off in the comment section, exchanging virtual barbs for the next half-hour. Brendan Tobin, a South Florida radio host, provided a recap of their online scuffle, which culminated in Thomas telling Parker, “you can’t even get a seat at the table.”

Parker finished fifth in the NFL in receiving yards last season (1,202 on 72 catches), but Thomas dwarfed him, racking up a league-leading 1,725 yards on an NFL-record 149 catches. Thomas, the reigning Offensive Player of the Year, has caught at least 92 passes in each of his four seasons.

Gilmore and Parker each turned in one dominant performance against the other last season, with Gilmore holding Parker to zero catches on seven targets in a 43-0 New England rout in Week 2. The AFC East rivals won’t need to wait long for their next bout, as the Patriots are scheduled to host the Dolphins in their 2020 season opener. 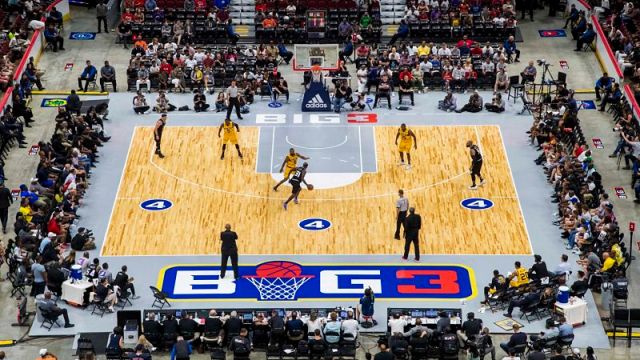 BIG3 Announces Cancellation Of 2020 Season Due To Coronavirus Pandemic