Gronk Moment No. 7: Rob Gronkowski Throws Sergio Brown 'Out Of The Club' - NESN.com Skip to content

Rob Gronkowski and Sergio Brown once were teammates on the New England Patriots, but an incident during Week 11 of the 2014 NFL season showed each player’s competitive side.

The Patriots faced the Indianapolis Colts on “Sunday Night Football” in what turned out to be the Jonas Gray breakout game. Gray ran for 200 yards and four touchdowns in New England’s 42-20 win.

Plenty of people were talking about Gronkowski after the game, though, as the tight end delivered a forceful block on Brown during the contest that continued after the whistle.

The block, during which Brown wound up about 10 yards out of bounds, was so extreme Gronkowski received a flag.

After the game, Gronkowski was asked about the play, and he answered in textbook fashion.

“He was just yapping at me the whole time,? Gronkowski told reporters. ?So I took him and threw him out of the club.”

Gronkowski finished with four catches for 71 yards and a touchdown. Fans finished with a moment they’ll never forget in a very special season, as New England ultimately won its first Super Bowl title in a decade during the 2014 campaign. 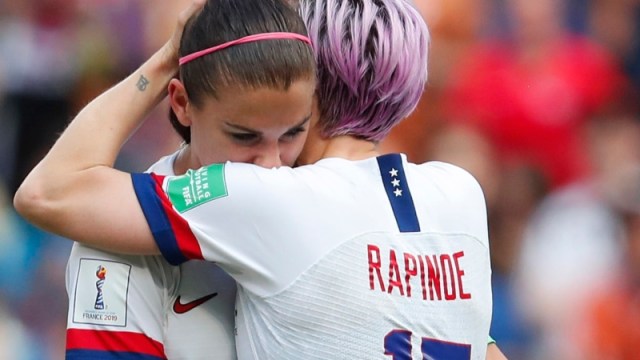