Colin Cowherd isn’t interested in the “fluff” that likely will make for a good portion of “Man in the Arena.”

It was announced Thursday a nine-part documentary series covering Tom Brady’s career will be coming sometime next year to ESPN. While Brady has experienced the highest of highs over the course of his NFL tenure, he’s also endured some bumps in the road.

Cowherd seems to be more interested in the latter.

When asked by his co-host, Joy Taylor, to name the one question he’d ask Brady if he knew the quarterback would answer with 100 percent honesty, Cowherd turned to one of the biggest blemishes of TB12’s career.

“Well, if I could ask him one question, on the Deflategate I’d say, ‘Why’d you get rid of your phone?’ I don’t love that,” Cowherd said on FS1’s “The Herd.” “And then I’d press him four or five different times on it.”

Yeah, we’re going to go out on a limb and predict that question won’t be answered in the docu-series. In fact, it wouldn’t be terribly surprising if the “Deflategate” saga is relatively glossed over altogether. 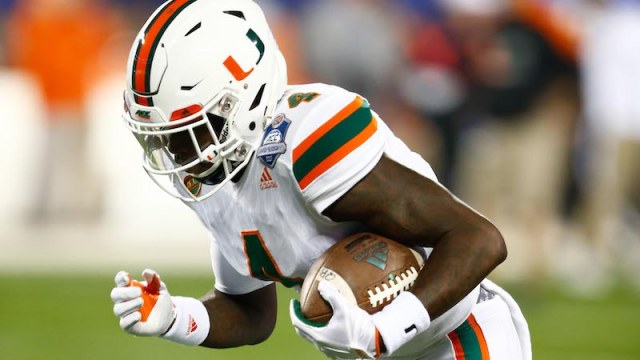