On the heels of a 2019 NFL season that ended in disappointment, the Patriots turned in a rather underwhelming offseason.

Yes, New England did make a handful of moves that the fan base should be excited about, including drafting a pair of tight ends while also retaining the likes of Devin McCourty and Joe Thuney. But this spring in Foxboro largely has been headlined by departures, not all of which the Patriots have adequately addressed, at least on paper.

As such, ESPN’s Bill Barnwell has the Patriots at the bottom of his power rankings of offseasons. The NFL writer lists New England at No. 30, only in front of the Chicago Bears and Houston Texans, respectively.

The Patriots had Brady at quarterback, and now they have Jarrett Stidham. Even a diminished Brady would still project to be a playoff-caliber quarterback with the sort of defense this team had in 2019; the same thing isn’t clear with Stidham, who appears to be the Week 1 starter. Losing Brady is one thing, but the Pats neglecting to make a meaningful move for someone like Andy Dalton seems shortsighted and stubborn.

Franchising Thuney means New England has a league-high $28.6 million of its cap committed to guards in 2020, nearly $7 million more than any other team. The Thuney tag cost the Patriots valuable cap space and eliminated their leverage in dealing with Rob Gronkowski when he wanted to return, forcing them to trade their legendary tight end to the Bucs for a midround pick. The Pats also lost three members of their starting front seven with Collins, Van Noy and defensive tackle Danny Shelton leaving town. While I have faith Belichick will replace those guys in the long term, the defense should take a step backward in 2020.

To make matters worse for the Patriots, they’ll take on arguably the league’s toughest regular-season schedule in 2020. This isn’t to say New England is bound for a nightmarish campaign, but returning to the playoffs will be far from an easy task. 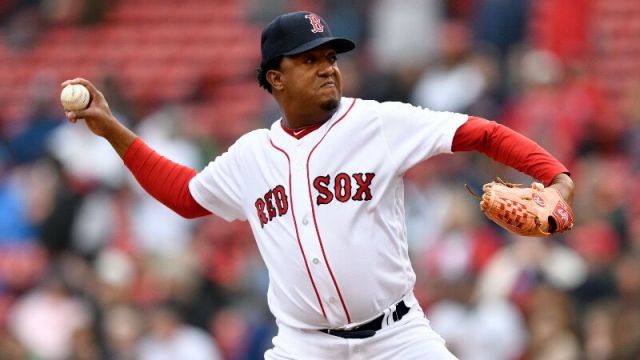