NESN Diary: We Made It To Memorial Day Weekend (And Other Random Thoughts) - NESN.com Skip to content

The good news is we made to to Memorial Day Weekend. And the weeks are starting to feel shorter now that the weather in New England is warming up, making quarantining in Massachusetts a little less miserable.

I’ve been ditching the city most every nice day to head west on Interstate 90 toward my parents house where there’s a ton more outdoor activities to keep myself sane. There’s no shortage of rivers and lakes to kayak on, mountains to hike or fresh air to breathe.

I never thought I’d say the words, “Boston is so boring, I want to go back home to Western Mass. where there’s actually stuff to do,” but here we are. The high school version of myself would be rattled.

But honestly, until bars and restaurants in the city open back up, I don’t know if I see any reason to come back until this all is over. Apparently the Boston Celtics are feeling the same way, and we may not see basketball played at TD Garden again this season. That was the bad news.

The Celtics are one of the few teams who haven’t been able to reopen its facilities due to local regulations. But meanwhile, a bunch of other teams are back for voluntary workouts and the league wants teams practicing again in June for games to start mid-July.

That’s why Boston, in addition to teams like the New York Knicks, Brooklyn Nets and Toronto Raptors reportedly are hoping to just bypass bringing players back to their market cities at all and heading straight for wherever the season will be played out.

More: Patrick Ewing ?Under Care At Hospital? After Testing Positive For COVID-19

It makes sense. What’s the point of making C’s players return to Boston and quarantine themselves upon entering Massachusetts, when they’d just have to do it again for another two weeks when they arrive at the league’s “bubble” site?

Hopefully this gets approved and maybe brings the NBA back quicker.

— Speaking of leagues coming back, the NHL has made some progress.

The league and its Players’ Association met via conference call to discuss the NHL’s proposed 24-team return to play format for playoffs. There are still a ton of logistics to work out, but the NHLPA announced Friday night it authorized further negotiations.

We’ll see if this gets the ball rolling for the NHL.

— The NFL is the content gift that keeps on giving, and some notable moves were made Friday.

You had Joe Flacco agree to a one-year deal with the New York Jets, and the Seattle Seahawks picked up running back Carlos Hyde to add some depth to the offense.

And quarterback Russell Wilson is rumored to be pushing for Seattle to take a chance on Antonio Brown, as well.

— The Brooklyn Nets are also looking to make a move that could put them over the top.

A squad already stacked with Kevin Durant, Kyrie Irving and DeAndre Jordan apparently is looking for ways to acquire Bradley Beal from the Washington Wizards.

— Former Utah Jazz couch, the legendary Jerry Sloan, passed away Friday. Celtics’ Gordon Hayward briefly was coached by Sloan during his time in Utah and paid his respects.

Tweet of the Day
James Harden was just trying to workout on a mountain near ASU, but the Internet wasn’t having it after a photo of him started circulating Twitter. There were some hilarious responses to the pic, but this one was gold.

But he was too late pic.twitter.com/oeVcsNyBc2

Video of the Day
The drama between Paul Pierce and LeBron James continues. The latest edition comes from Pierce on ESPN Countdown, discussing how James’ Miami Heat teams were underachievers.

Stat of the Day
We’ll throw in a few stats in honor of the late Jerry Sloan.

Sloan's 98 career postseason wins are the most ever by a coach without an NBA championship. pic.twitter.com/yVfIUHAzGi 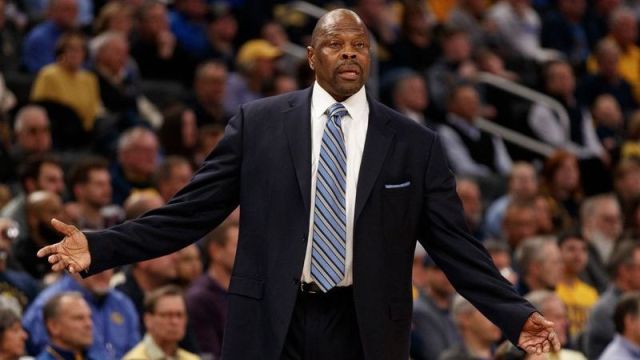