We now know when the Patriots’ games are scheduled to be played, but honestly, it’s tough to get too excited about the 2020 slate.

Will the games actually occur? Will they have to be postponed to a later date? Will there be fans in attendance? Will media members be allowed on the premises?

The NFL needed to proceed with its 2020 schedule release, but the coronavirus pandemic is definitely affecting the excitement of the annual announcement.

We’re certainly hoping the NFL can play games this season. And we know the league will do everything they can to ensure it happens. We’ll continue to proceed like they are. Let’s dive into this week’s mailbag. Watch above and read below.

@BrysonButcher10
What will Stidham?s stat line look like by seasons end?
OK, it’s time to make one of my bolder takes public.

Last season, I told my fellow beat reporters I believed that Jarrett Stidham could have replicated Tom Brady’s stat line in a more simplistic offense with the same weapons. It’s a bold take.

But Brady rated as a below-average quarterback last season. Pro Football Reference has developed “advanced passing” stats. They work like baseball’s ERA+ and OPS+ in that the league average is set at 100. Anything above 100 is above average, and anything below 100 is below average. The averages are set over a three-year period unless it’s the current season, in which case they’re set over a two-year period.

So really, the question is whether Stidham can even be an average starting quarterback next season.

It’s certainly not out of the realm of possibility. And he should have better chemistry with N’Keal Harry and Jakobi Meyers and more patience with rookie tight ends Devin Asiasi and Dalton Keene.

@WifiWolfpack
Do you think the pats have made the right decision bypassing adding a big name QB in favor of rolling with stidham as the starter? I?ve been watching some of his tape from college and last preseason and am honestly excited to see what he has to offer.
I do. The Patriots have basically no cap space, and they clearly didn’t feel comfortable committing to players like Jordan Love, Teddy Bridgewater, Jacob Eason, Jalen Hurts, etc. long term. So, they’ll see what they have in Jarrett Stidham for a year, and if it doesn’t work out, then they’ll grab a quarterback in 2021.

Seems smart to me.

@garylanglais
Which of the 2019 ?non-Stidham redshirt draftees? (Williams, Harris, Cajuste, Froholdt, Cowart) do you think will have the biggest impact in 2020?
That’s a good question. I think Damien Harris probably has the most potential. He could possibly beat out Sony Michel for the starting running back job in 2020.

Outside of Harris, then cornerback Joejuan Williams, offensive tackle Yodny Cajuste and offensive lineman Hjalte Froholdt likely would need an injury to make a significant impact. Cowart could take on a much bigger role in 2020 with Danny Shelton gone, though he is a different type of defensive lineman.

@JoshVitullo
Do any personnel choices this offseason reflect a difference, even if just in emphasis, in possible alignment (3-4,4-3, 3 safety vs 3 cb; less/more FB, more Y, etc) from last year? #MailDoug
I think picking linebackers Josh Uche and Anfernee Jennings gives a tell that the Patriots are planning to continue running a 3-4 base defense with edge standup outside linebackers rather than hand-down defensive ends. Deatrich Wise is really the last remaining traditional defensive end on the Patriots’ roster.

And drafting two tight ends could mean the Patriots eventually would be willing to run more 12 personnel.

It seems like the Patriots will continue to heavily utilize a fullback with some depth there in Danny Vitale, Jakob Johnson and Keene.

@mojo1566
Who do you expect to be the Pats ?Rookie of the Year?? #MailDoug
I feel like I need to say Justin Rohrwasser just to post this apropos video.

Honestly, though, I’d give the edge to either Jennings or Asiasi. I think they have the best chance to contribute right away.

@CFB_Hogan
Which UDFA WR has the best chance of playing in Week 1? #MailDoug
The options are Jeff Thomas, Will Hastings, Isaiah Zuber and Sean Riley.

Thomas and Hastings have the best chance to play on offense. Zuber and Riley could see roles as returners.

Thomas is the most talented. Hastings already has a connection with Stidham.

We’ll go with Hastings. He got the biggest signing bonus.

@ofibroso
Who will be the Pats Captains for the next season? #MailDoug
My guess would be Matthew Slater, David Andrews, Devin McCourty, Dont’a Hightower, James White and maybe one or two more players to replace Elandon Roberts and Tom Brady.

On offense, it could be Stidham or Julian Edelman. On defense, either Lawrence Guy or Patrick Chung would be solid candidates.

@Ciaran__McG_
Do you think what we seen with Stidham and Meyers last year can be repeated on the bigger stage
I definitely wouldn’t be shocked if Meyers takes a significant step forward in 2020 with Stidham at quarterback. I wrote that two months ago after Tom Brady left for the Tampa Bay Buccaneers. I think Meyers could benefit from Brady’s departure.

Stidham and Meyers, and Brian Hoyer and Meyers, showed strong chemistry last summer. Stidham will probably be much more patient with Harry and Meyers than Brady was in 2019.

@kallen_4
I?ve read a few articles on Josh Uche, seen multiple comparisons to Test Bruschi coming out of college. Do you think he will see similar usage and success at linebacker as he progresses?
I don’t love the comparison. Tedy Bruschi was a pretty pure off-ball linebacker in the NFL despite being a pass rusher in college at Arizona. Josh Uche should have the potential for some more versatility to play on the edge or off-ball because of his length. I’d compare Uche more to Jamie Collins or Kyle Van Noy than Bruschi.

@BC101089
Will the Patriots tank this season #MailDoug
No.

As an aside, there’s nothing more annoying than the “Tank For Trevor (Lawrence)” Patriots fans who are seemingly rooting and gleeful for New England to lose this season. I don’t know why they annoy me so much, but they do.

Then I’d at least love to see a royal blue version of the color rush uniforms similar in theory to these: @Nick27707509
Who did you like better as Brady?s backup. Testaverde or flutie?
Doug Flutie.

@BradLevy12
If there is no NCAA college football season would players like Trevor Lawrence and any other player who would have Been playing a third season of NCAA football still be able to enter into the draft? I know there is a rule that you have to play 3 NCAA seasons before entering nfl
Yes, they would. Players have to be three years removed from high school to enter the draft.

@MarkJohnBennett
Regarding Dalton Keene — do you see him as a guy that the Patriots can run their entire offense from hurry up? He could be RB, FB, TE, WR, so the whole playbook is open.
I think that’s eventually possible. Keene first would have to get comfortable enough in the Patriots’ offense to be included in hurry-up, however.

But he has a lot of positional versatility. And he was a quick learner at Virginia Tech.

@Monty05483976
Theoretically what do you think our record will be at the end of the regular season?
9-7.

@GeorgeMUT720
wats 12 times 8
96. Hopefully, that helped with your math homework.

@dfresh429
Do you have any insight into what the off-season program looks like now that it is all online? Does the team or players feel limited by it at all? Any details about the mechanics of it?
It’s a lot of WebEx meetings between players and coaches. I’ve heard it’s going well.

@lobster_dog
when will we see the first triple digit uniform number in the NFL? at some point this has to happen if they’re going to keep expanding the # of games, # of rostered players and teams retire jerseys.
I think the NFL would probably open up retired numbers before allowing triple digits. I’d like to see 0 and 00 allowed, though.

@Pats62
-Am i crazy for thinking Byrd and Thomas would Open this Offense up?
-Teams never worried about anything over 20 YDS.
-Forced throws to the outside while Clogging MOF.
They definitely add an element of speed and potentially big-play ability.

There’s also no guarantee that either player will make the team or contribute on offense in 2020. So, I certainly wouldn’t count on them opening up the offense, but it’s possible.

@sebbehn
Can you do a top five quarantine candy bars ? #MailDoug
I haven’t eaten a lot of candy bars this quarantine.

Do Reese’s Peanut Butter Cups or Reese’s Eggs/Trees/Pumpkins/Hearts count? I guess the latter wouldn’t apply now, since Reese’s shapes season is over until Halloween.

@offroadtjnh
I read your articles and love them- thanks for those. Have I missed your grade on the Patriots Draft? #MailDoug
Thanks, Steve. Greatly appreciated.

I’d give the Patriots a B- for their draft.

I would have liked to have seen them take a wide receiver in a loaded class. I also think they could have made some more exciting Day 3 picks.

Otherwise, I think they had a strong Day 2, picking up Dugger, Uche, Jennings, Asiasi and Keene.

@TheHastingsZone
Do you think Stidham will have a better career than Brady?
I’m pretty sure that’s impossible. 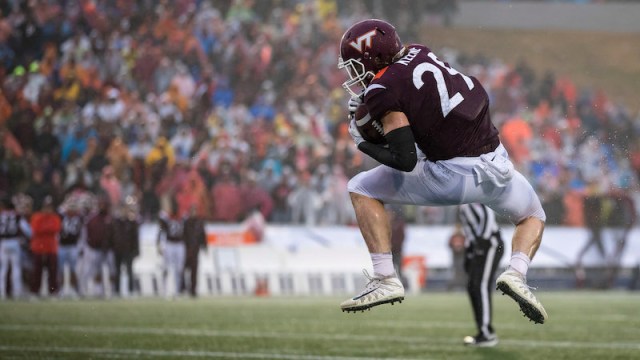 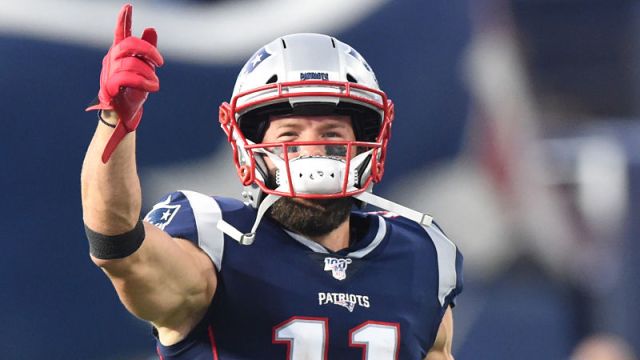 Why NFL Insider Believes Patriots Are Biggest Winner Of 2020 Schedule