It’s totally OK if you’re annoyed Brady is finding the time to work out with his new Tampa Bay Buccaneers wide receivers when he was skipping the voluntary offseason workout program in his final years with the Patriots.

It’s fine if you saw the trailer for Brady’s nine-part self-produced docu-series and kind of rolled your eyes rather than pumped your fist. And it’s OK if you finally feel free to admit all of this.

It’s fine. It’s normal. Just like it’s totally OK if you have no problem with any of the above.

But you can be a Patriots fan, adore Brady and still wear his jerseys proudly but also not miss some of the nonsense that goes along with him being your team’s quarterback.

I’d prefer you didn’t reply to every tweet about Brady proclaiming that you don’t care about Brady anymore (these people exist), but that’s OK too.

Brady deserves a nine-part docu-series. It probably could have waited until after his career was over and not been self-produced, however.

@Badseedz187
#maildoug why keep so many safety?s and does resigning Chung out an end to the JoWilliams move to safety talk?
I’m not sure if that talk ever really gained any steam. I do wonder about Joejuan Williams’ role moving forward, however.

I thought Williams, the Patriots’ 2019 second-round pick, would be used covering big wide receivers and smaller tight ends. It’s still possible Williams could specialize in taking on 6-foot-3 or 6-foot-4 wideouts, but 2020 second-round pick Kyle Dugger seems to have higher upside covering tight ends because of his combination of size and speed.

Williams seemingly will be entering the season fifth on the Patriots’ cornerback depth chart behind Stephon Gilmore, JC Jackson, Jason McCourty and Jonathan Jones. It’s difficult to imagine him passing any of those players in a truncated offseason.

Williams, however, could have a bigger role in 2021. Both McCourty and Jackson will be free agents after the 2020 season. So, if Williams plays well in a backup role this season, then he could actually enter next summer as a prospective starter.

It’s also not entirely out of the realm of possibility that Williams could be this year’s version of Duke Dawson, who was traded after his rookie season.

@TheDTSB
In your opinion, is Stidham ?ready? to be QB1? I only ask because everything we see from ?inside sources? is either ?Pats are really high on Stidham? or ?Pats don?t think Stidham is ready to start?… there?s no in between.

Like do you feel like this is a case where they were ready to move on from Brady because they have Stidham, or are they just rolling with what they?ve got because Brady left?
My answers here don’t entirely match up.

Do I think Jarrett Stidham is ready to be a starting quarterback? I don’t think anyone, including the Patriots, knows that. That’s why they signed Brian Hoyer — to have another low-cost quarterback with starting experience who knows the offense.

@ShazyFifty
do u think the chemistry with Jarrett Stidham could push Hastings over Jeff Thomas when it comes to the 53 man roster? Or depending on training camp? Also will Gilmore get a contract extension and end up retiring a Patriot??
I’m curious to see Stidham’s connection with Will Hastings, his former Auburn slot receiver.

I thought they showed great chemistry in college. So, if that presents Hastings with more opportunities in practice, then yeah, I think that could be a major advantage.

The biggest question with Hastings is if he’s the same player after two knee surgeries. It came from a small sample size and perhaps some confirmation bias, but I thought Hastings looked quicker and faster in 2017 than he did in 2019. He also had a better quarterback throwing to him. So, that’s certainly a factor.

@LuiHard
Do you think Jeff Thomas has the best chance to make the roster of all the undrafted WR that was signed?
Based on guaranteed money received, he has the worst chance.

But based on pure talent, he’s the best of the bunch. He was one of the top wide receivers in the 2017 recruiting class. He was more highly regarded coming out of high school than 2020 first-round pick Henry Ruggs.

I don’t know. It’s a really solid group. I lean more heavily towards Thomas or Hastings making the team. But there’s a reason why Zuber was paid so much more.

Ultimately, I’ll agree with you. Yes, Thomas has the best chance to make the roster. I do really like Hastings, however.

@NewEraLB
Any chance the Patriots carry more than 6 WRs in 2020 (not including Matthew Slater)?
There’s a chance with such a talented undrafted rookie class.

Meyers should be a shoo-in for another spot. And Sanu also is almost certain to make the roster.

Ultimately, I think the Patriots only keep five or six wide receivers with Byrd, Lee, Olszewski and the undrafted guys having the best shots to round out the roster.

The Patriots don’t necessarily have great guaranteed starters at wide receiver, outside of Edelman, but I like the depth.

If one of them makes it, then J’Mar Smith.

Because Smith is better.

But seriously, the Patriots typically only keep two quarterbacks. I certainly think it’s possible that Smith or Brian Lewerke sticks around on the active roster, but I lean towards neither. I think the truncated offseason makes it difficult for Smith and Lewerke to make strong impressions. I also think the Patriots should be able to sneak at least one of them onto their practice squad.

I like Smith’s upside more. Lewerke has a strong arm and some sneaky mobility, but that’s about it. His accuracy is rough, and I’m not sure if the Patriots have time to fix it.

@Pats62
-Do you think with Stidham fitting the Niners type of Offense.
– The Fit is right there to get Harry and Keene both easy RAC Chances.
-Does that make you excited like Me? Bootlegs Rollouts etc.
-Might be Crazy but seems like the Key, to Unlocking this Offense.
I don’t think the Patriots will change their offense to be like the San Francisco 49ers’, but I see what you’re saying.

Stidham definitely offers more mobility than Brady, and based on his tape from college, the preseason and even high school, he’s not afraid to use it. I certainly think the Patriots will use more bootlegs, rollouts, RPOs and read options than they … well, didn’t with Brady.

I also could see the Patriots finding ways to get the ball to N’Keal Harry or Dalton Keene in space.

I like where your head is at. The Patriots’ offense will certainly shift if Stidham is under center, and I’m excited to see what Josh McDaniels can cook up.

@BenGus300
Is the o-line top 5-10 in the league?
They should be, as long as everyone stays healthy. I worry about depth, though.

The Patriots’ top backups are either players with no experience like Yodny Cajuste, Hjalte Froholdt and rookies Justin Herron, Michael Onwenu and Dustin Woodard or guys like Korey Cunningham and Jermaine Eluemunor who were acquired before the 2019 season but ultimately barely played for the Patriots last year.

The Patriots’ offensive tackle depth behind Isaiah Wynn and Marcus Cannon is especially shallow with just Cajuste, Herron and Cunningham as reserves.

@macosan16
It seems that they have somewhat different skill sets, but do you think Jakob Johnson and Dan Vitale are competing for a single roster spot?
Yes.

@AxelEXP
If you had to pick one UDFA or 5th round or lower rookie to contribute immediately, who would it be?
Well, the easy answer is kicker Justin Rohrwasser.

Outside of him, maybe Thomas as a returner or linebacker Cassh Maluia as a core special teamer.

@Proudred_devil
@DougKyed How is Olivia doing during the lockdown ?#MailDoug
Olivia, my 2-year-old daughter, is living her best life, as the kids say.

She misses her grandparents, aunts, uncles and friends and fun activities like going to stores and the zoo, and we had trips planned to go to Disney Parks this spring and summer that have been put on hold, but she likes having both of her parents home all of the time.

@Ciaran__McG_
What kinda shot does Terence Brooks have a making the 53 man roster
Good. I feel like there’s probably an odd-man-out among Brooks, Justin Bethel, Cody Davis, Adrian Phillips and Joejuan Williams, however.

@EmersonLotzia
Would you rather have seven fingers on each hand or seven toes on each foot?
Aesthetically, seven toes.

But could I throw some crazy pitches with seven fingers on each hand? If so, then I’ll take that.

@CCooke_20
Don?t forget Emerson, also what are the top 5 condiments you?d like to put on your sausage?
I could never forget about Emerson no matter how hard I try.

@ChefdDds89
Why were the patriots in such a hurry to sign their draft picks this year?
I’m not sure. It might simply be because they knew they didn’t have the cap space to sign any more veteran free agents, so you might as well get the rookies done early.

@tayfieux
How do you feel knowing your belly button is an old mouth?
Bad.

@Meltdow26441743
What do you make of researchers potentially finding evidence of parallel universes in Antarctica?
I think that anyone who claims to understand what that even means is a liar or much, much, much smarter than me.

@salvaje50
Has Bill become addicted to safeties?
Yes. He has to enter the Willie Clay Clinic.

@CastigFan1337
Have you seen organic cherries at any of the supermarkets yet?
I’ll look when I go to the grocery store today.

I have found some delicious cookies from Trader Joe’s.

@Nichola78428899
Any particular reason Pat Chung decided to re up rather than retire? #maildoug

@LeonKamitsis
Will you be making the 53 man roster prediction and the 12 man practice squad soon?
I already did one since the draft. I’ll do another one before the Patriots break for the summer.

I can’t promise there will be any differences, however.

@MikalCopeland
What’s the best loadout in Warzone? #MailDoug
Is this a “Call of Duty” reference? If so, then I don’t play, and I’ll just link to Warzone, the band.

@Langfordismo
Would you rather have Collins or KVN next season?
Kyle Van Noy. 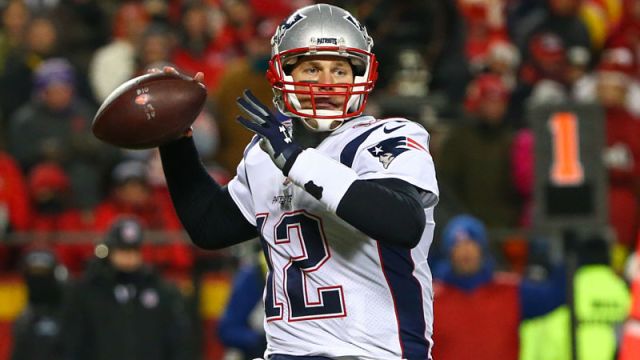 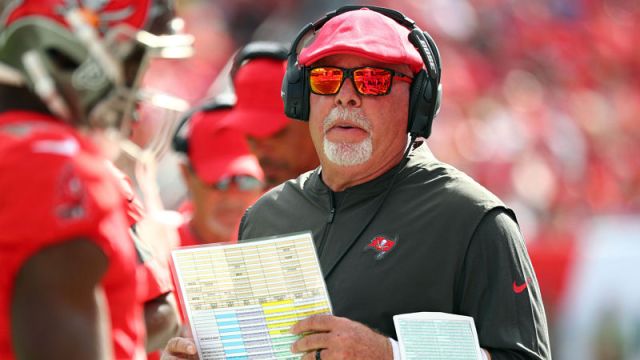