No one can say the 2020 New England Patriots had it easy.

The Patriots face the toughest schedule in the NFL this upcoming season.

As we await the NFL?s schedule release tonight, a reminder that the Patriots have the NFL?s toughest strength of schedule in 2020.

Road games at KC, Seattle, Houston and twice in LA, plus division games at Buffalo, NYJ and Miami won?t be fun. Home dates with Baltimore and SF pic.twitter.com/lAH8PgdxF8

The Patriots’ over/under win total is 9.5. Let’s break it down game-by-game to see how New England, with a new starting quarterback, will fare in 2020.

The Dolphins have potential in 2020, but it’s capped with either Ryan Fitzpatrick or rookie Tua Tagovailoa at quarterback.

Asking Jarrett Stidham to walk out of CenturyLink Field with a win might be too much for a first-year starter in Week 2 even if there are no fans in the stadium.

The result might be different if this game was being played in Vegas. The Patriots’ defense should be too much for Derek Carr and the Raiders to handle in Foxboro. The Raiders are one of the weaker teams New England plays with an over/under of 7 wins.

The Super Bowl champs? On the road. Can’t see this one coming out the Patriots’ way. The Chiefs’ over/under is 11.5 wins.

The Broncos could be better in 2020, but Drew Lock coming to Foxboro sounds like a losing equation for Denver, which has an over/under of 7.5 wins.

Jimmy Garoppolo’s revenge game. Will San Francisco have a Super Bowl hangover after losing to the Kansas City Chiefs? Possibly, but they’re still a very talented team fully capable of beating the Patriots at Gillette Stadium.

The Bills went 10-6 as a playoff team in 2019, and after adding Stefon Diggs, they could be even better this season. Their over/under win total is just 9, however. With the Bills on the rise and New England on the decline, Buffalo takes this one.

The Jets actually surprised some folks by winning 6-of-8 games to finish out the 2019 season. We think they’ll ultimately take a step back in 2020 with Adam Gase at head coach. Vegas agrees. The Jets’ over/under is just 6.5 wins.

The Ravens are tough with Lamar Jackson at quarterback. This is a winnable game, but we’ll chalk it up as a loss around midseason.

This could be the year the wheels fall off for the Texans, whose over/under is 7.5 wins. Without DeAndre Hopkins at wide receiver, we see the Patriots going into Houston and beating the Texans.

The Cardinals are on the up-and-up after acquiring wide receiver DeAndre Hopkins. The Patriots have success against young quarterbacks, however, and it will be tough for Kyler Murray to come to Gillette Stadium and win. The Cardinals’ over/under win total is 7.

It’s either Tyrod Taylor or Justin Herbert at quarterback for the Chargers this season. Either player would have a tough time besting Bill Belichick even with the game in LA. The Chargers’ over/under is 7.5 wins.

This is certainly a winnable game for the Patriots. We think they wind up losing the Super Bowl LIII rematch on a short week. The Rams’ over/under win total is set at 8.

The Patriots never play well in Miami, and the Dolphins are an up-and-coming team. The Dolphins won five games last season and significantly improved their roster this offseason. Their over/under win total is 6. We think they could finish with a better record than 6-10 with Brian Flores at head coach.

We still don’t trust that Josh Allen and the Bills can win against a Bill Belichick defense in Foxboro.

The Jets have some potential if Sam Darnold can avoid contracting mono for the second straight year. We can’t see them winning in Foxboro quite yet, though, especially late in the season.

The toughest games to predict were at New York, at the Rams, at Houston and against the Ravens. Ultimately, there don’t appear to be any easy wins on the Patriots’ 2020 schedule.

The Patriots could still wind up winning the AFC East or taking a wild card spot at 9-7. 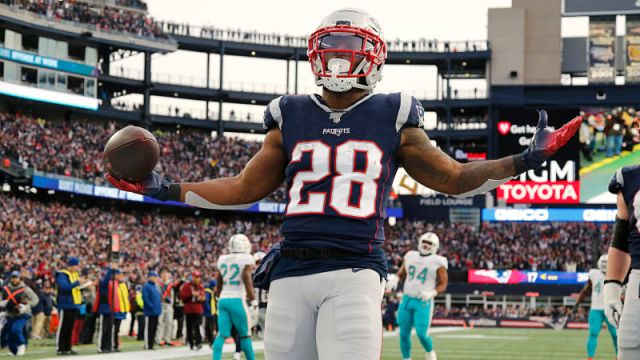 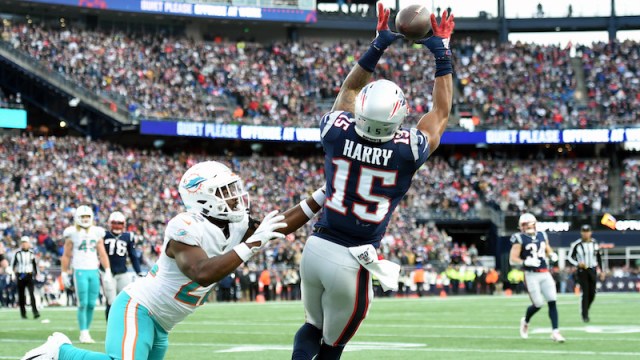 Patriots Schedule Analysis: Thoughts On Each Matchup Of 2020 Season