One was the period of time when Jordan transitioned from his basketball career to the baseball diamond, and he played Double-A for one of the MLB’s all-time great managers — Terry Francona.

Francona, a two-time World Series manager for the Boston Red Sox and current manager of the Cleveland Indians, recalled a few hilarious stories while later speaking about Jordan to WBZ’s Dan Roche. One specific anecdote had to do with Francona seeing Jordan’s competitiveness during a pick-up basketball game.

?We couldn?t just have a pickup game, because anytime he was involved it escalated,” Francona told Roche in a story published Tuesday. “One thing I found out was it didn?t matter if you were on the floor at the Boston Garden or the asphalt in Birmingham, he didn?t want to lose.

?And there were times where I would be so tired that I would almost want to lose. One time my knees were hurting and I was tired, so I took the last shot and we ended up losing,” Francona continued. “He came up to me and said ?Hey man, I always shoot last.? I was like, ?This game isn?t televised!? But he didn?t like it. He did not like to lose, and he didn?t just want to beat you, he wanted to pound you into oblivion.?

Jordan had a fair share of success under Francona at Double-A Birmingham as he recorded a .202 batting average in 127 games. Francona said on ESPN’s documentary that if Jordan had 1,500 at-bats, he could have found a way to the major leagues.

Jordan, of course, transitioned back to the hardwood for three more NBA titles instead. But both he and Francona won’t forget his days in Birmingham. 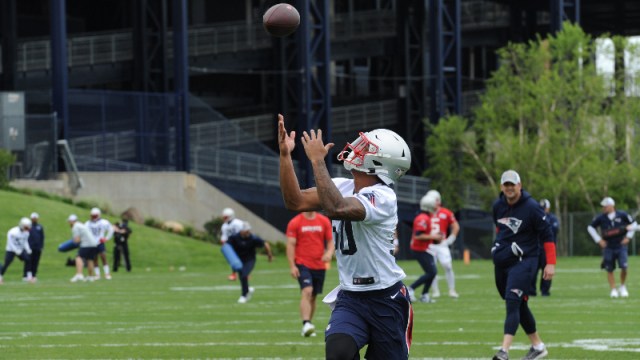