These 12 Patriots Players Have Most To Prove Entering 2020 Season - NESN.com Skip to content

With several reliable veteran faces leaving New England this offseason — including one Thomas Edward Patrick Brady Jr. — the Patriots will rely on others to pick up the slack.

Here are 12 Patriots players with the most to prove entering the 2020 NFL season:

Jarrett Stidham, quarterback
You had an impressive rookie summer? Cool, now go replace the greatest quarterback of all time. That’s the challenge facing Stidham, who must first beat out journeyman Brian Hoyer for the starting job. No pressure, kid.

N’Keal Harry, wide receiver
Harry showed tantalizing flashes of playmaking ability as a rookie, but he missed nine games, finished the year with just 12 catches and struggled to produce after the Patriots expanded his role in the offense. The 2019 first-round draft pick will be expected to take a significant step forward in Year 2.

Mohamed Sanu, wide receiver
Was Sanu’s frustrating lack of production down the stretch last season due to his ankle injury, which ultimately required offseason surgery? The Patriots hope so. If he returns to the form he showed in Cincinnati and Atlanta, the 30-year-old could help revive a New England receiving corps that sorely lacked depth in 2019 and didn’t receive any high-profile additions this offseason. But if Sanu struggles this summer, he could be on the chopping block, as the Patriots can save $6.5 million by releasing him.

Damien Harris, running back
The Patriots put Harris on the James White/Shane Vereen plan, stapling him to the bench for nearly his entire rookie season after drafting him in the third round last spring. White and Vereen both took on more substantial roles as NFL sophomores. Will Harris follow that same path? And if he does, will that push Rex Burkhead or Brandon Bolden off the roster?

Joejuan Williams, cornerback
Williams was buried at the bottom of a stacked depth chart last season, and with every 2019 Patriots corner set to return, the second-round pick again will need to battle for playing time. Williams was on the field for just 7.9 percent of New England’s defensive snaps in 2019, but his rare size (6-foot-3, 212 pounds) makes him an intriguing prospect.

Matt LaCosse, tight end
The Patriots just used two third-round draft picks on tight ends (Devin Asiasi and Dalton Keene). That means either LaCosse or Ryan Izzo likely will get the boot before the season. The 27-year-old LaCosse has a better chance of sticking around, but he endured a rough first season in New England, missing five games with various injuries and finishing with just 13 catches for 131 yards and one touchdown.

Yodny Cajuste, offensive tackle
Cajuste has even less NFL experience than Froholdt, who at least was able to participate in training camp and several preseason games before going down. The West Virginia product has yet to even practice with the Patriots since being drafted in the third round last year. Cajuste reportedly now is “healthy and good to go,” though, and an opening exists for him, too, as New England currently lacks a proven swing tackle.

Ja’Whaun Bentley, linebacker
The arrival and reemergence of Jamie Collins last season severely limited Bentley’s playing time. Now, with Collins and Elandon Roberts both gone, the 2018 fifth-rounder is projected to start alongside Pro Bowler Dont’a Hightower. Can he handle that responsibility?

Deatrich Wise, defensive end
Wise’s numbers steadily have declined since his promising rookie year in 2017, and he’s an awkward fit for the Patriots’ 3-4 scheme. He’ll be squarely on the roster bubble entering training camp.

Justin Rohrwasser, kicker
It’s not as daunting as replacing Brady, but stepping in for another franchise cornerstone in Stephen Gostkowski will be a tall order for Rohrwasser, who already has drawn scrutiny for his controversial tattoo. The Marshall product was the first kicker selected in this year’s draft (fifth round, 159th overall).

More Patriots: Bill Belichick ‘Conditioned’ Pats Not To Be Intimidated By Schedule 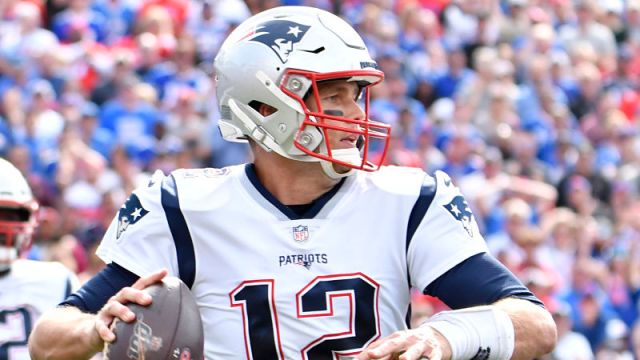 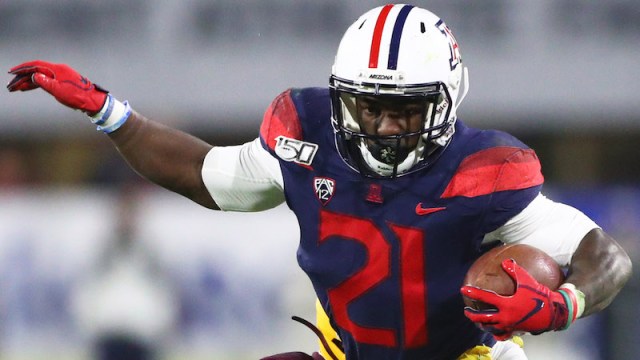