It wasn’t a good start for Tom Brady during “The Match” on Sunday.

But then, the Tampa Bay Buccaneers quarterback did what he seemingly always does, responding to the criticism with an insane, birdie-earning approach shot from well over 100 yards out on the PAR-5 7th hole.

Brady, who was garnering some trash talk from opponents Peyton Manning and Tiger Woods, as well as even some commentators like Charles Barkley, had some hilariously fitting remarks.

He later added on TBS broadcast, “When the going get tough, the tough get going, boys.”

Fans who watched Brady’s 20 years with the New England Patriots (probably) had one response: So typical.

More The Match: Watch Tiger And Peyton Take On Phil And Tom 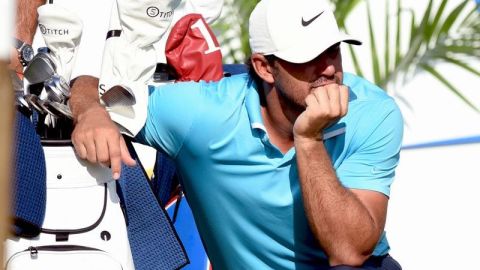