What We Can Learn About Patriots Rookies From Senior Bowl Performances - NESN.com Skip to content

The Senior Bowl is an important milestone in the pre-draft process, both for prospects and for the New England Patriots.

Bill Belichick and the Patriots tend to gravitate toward players who take part in college football’s marquee all-star game. They’ve brought aboard at least four Senior Bowl participants (either through the draft or as undrafted free agents) in each of the last eight years.

This year, after a rare early playoff exit afforded Belichick and much of his staff the opportunity to watch the game and its accompanying practices in person, New England used each of its first three draft picks on Senior Bowl alums (Kyle Dugger, Josh Uche and Anfernee Jennings), drafted another in the sixth round (Justin Herron) and signed another after the draft (Trevon Hill).

What did the Patriots see from those players at the 2020 Senior Bowl? We broke down the game film to find out.

Kyle Dugger, safety (second round, 37th overall)
Perhaps no player benefited more from Senior Bowl week than Dugger, the only Division II player invited to this year’s event. NFL teams were hip to the Lenior-Rhyne product before he arrived in Mobile — all 32 sent scouts to his games in 2019 — but his performance against prospects from powerhouse programs helped him become a second-round pick.

After an eye-opening week of practice, the South Team coaches showcased Dugger’s versatility during the Senior Bowl, rotating him between deep safety (where he primarily played in college) and box safety (likely to be his primary position in the pros given his 6-foot-1, 217-pound frame). He played 15 snaps at the former and 26 at the latter, plus three more in the slot.

The uber-athletic Dugger displayed great range and sure tackling (game-high seven tackles with none missed, including one in the backfield) and fared well in man coverage. In one notable sequence deep in his team’s own territory, Dugger blanketed Adam Trautman and ripped the ball out of the tight end’s hands as it arrived, then hogtied the 255-pound Trautman and slammed him to the ground after a short completion near the goal line.

Dugger also flashed a bit of his vaunted returning ability, breaking a tackle on a 19-yard punt return that was called back for a penalty.

It wasn’t a flawless showing, though. Dugger took a few awkward angles against the run when aligned in the box, and he was involved in two coverage breakdowns that resulted in touchdowns.

On one, a running back released to his side of the field on a wheel route and found himself wide open for a 75-yard score. Later, Dugger — playing in the slot — and the outside cornerback got their wires crossed on a goal-line pick play, leaving receiver Chase Claypool all alone in the end zone. It wasn’t clear whether Dugger was the one to blame for either of these mishaps, but he surely had to explain them to coaches during pre-draft meetings.

There was an issue on another of Dugger’s slot snaps, as well, as he appeared to be occupying the wrong zone until his corner corrected him. So, not all perfect from the small-school star, but an all-around impressive performance considering the massive jump in competition. Belichick and Nick Caserio both said what they saw at the Senior Bowl helped convince them Dugger was NFL-ready.

Josh Uche, outside linebacker (second round, 60th overall)
An athletic, versatile defender capable of playing either on the edge or off the ball, Uche was used exclusively as an edge rusher in the Senior Bowl. And while it would have been nice to see how he’d fare in multiple roles, he stood out as one of the game’s most disruptive pass rushers.

Uche wasn’t credited with any sacks, but he registered five pressures and two QB hits before exiting with a hamstring injury late in the third quarter. One of those hits forced an errant throw that was intercepted.

Early in the game, Uche swam past right tackle Terence Steele and had a clear shot on Justin Herbert but pulled up, evidently believing hits on QBs were off-limits in the all-star showcase. He later beat right tackle Alex Taylor on two occasions, flushing Jalen Hurts from the pocket on one and notching a QB hit on the other. Both resulted in incompletions.

Uche’s final two wins came against left tackle Calvin Throckmorton, who looked overmatched throughout the game. He beat Throckmorton with a speed rush to get in on a sack with several other North defenders, then did so again to force the aforementioned interception.

Uche’s explosiveness and ability to swat blockers’ hands down before they could engage were notable. Tight end Josiah Deguara also had a tough time blocking him in the run game.

The Senior Bowl painted an incomplete picture of Uche’s overall skill set — he dropped back in coverage just once and wasn’t used off the ball — but an impressive one.

Anfernee Jennings, outside linebacker (third round, 87th overall)
Jennings lined up on the line of scrimmage on more than 90 percent of his defensive snaps during his final season at Alabama, but he played much of the Senior Bowl as a traditional off-the-line linebacker. He logged 18 snaps at that spot, with most of his 12 snaps as an edge rusher (both stand-up and three-point stance) coming in the fourth quarter.

Overall, this was a nondescript performance from the Crimson Tide product, who fared well in coverage against running backs and tight ends and tallied two tackles. Jennings didn’t reach the quarterback on any of his few pass-rushing opportunities, but he did pressure Shea Patterson enough on one play to force an off-balance throw.

Jennings doesn’t have Uche’s speed and tends to look a bit sluggish when pursuing ball-carriers downfield, but he showed nice range in chasing Patterson to the opposite sideline on a QB scramble.

Jennings’ most glaring lowlight came on the lone snap he played as five-technique defensive end. The offense called a run to his side, and Trautman and right tackle Matt Peart drove him clear across the formation. The Patriots likely won’t ask him to play from that alignment outside of obvious passing situations.

Justin Herron, guard (sixth round, 195th overall)
Herron did not play in the Senior Bowl but did practice in Mobile. A four-year starter at left tackle at Wake Forest, he took most of his Senior Bowl week reps at guard, where he’s projected to play for the Patriots.

Herron won 54 percent of his 1-on-1s against defensive linemen, according to Pro Football Focus, seeing work at both guard spots.

first at left guard, now at right guard, wake forest?s justin herron has had a tremendous day in both phases pic.twitter.com/jTTPNmXuOX

Trevon Hill, edge rusher (undrafted free agent)
Hill, who was viewed as a potential first-round prospect before being kicked off the team at Virginia Tech and finishing his career at Miami, also victimized Throckmorton on multiple occasions, beating the out-of-his-depth Oregon product once for a QB hit and again for a sack.

Both rushes followed the same template, with Hill bending around the edge and powering through Throckmorton’s grab.

Hill also got past left tackle Tyre Phillips for a fourth-quarter pressure and showed solid power on a few other rushes. He looked far less comfortable when asked to drop into coverage — evident on this short completion — and didn’t see many run defense opportunities. He also jumped offsides once and nearly did so a second time.

You wouldn’t expect perfect tape from a player who went undrafted, though. Hill certainly is worth the low-risk gamble as an undrafted free agent.

More Patriots: What To Know About New England’s Undrafted Rookies 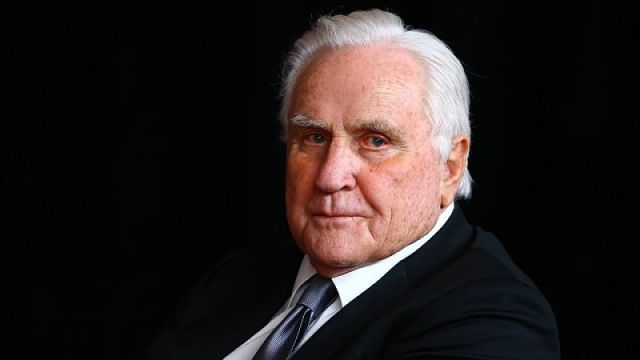 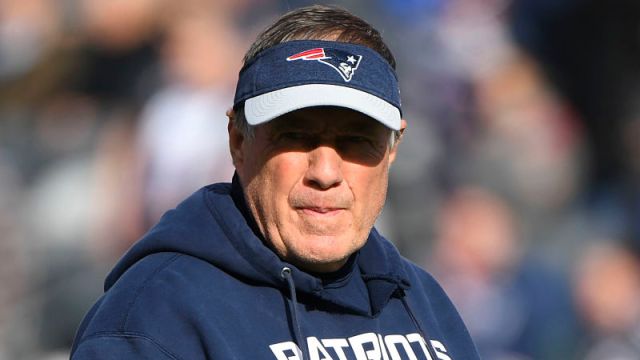