Who Jay Leach Thinks Could Be Bruins' Call-Up Candidates If Season Resumes - NESN.com Skip to content

Like the rest of us, Jay Leach doesn’t really know what to expect in the hockey world in the coming weeks and months.

The COVID-19 pandemic has paused the 2019-20 NHL season, while forcing the AHL campaign to cancel, impacting Leach and his Providence Bruins.

But if the top flight’s season does restart, some of Leach’s guys figure to be part of the equation. Typically when an AHL team’s season ends, some players will be called up if their parent club is still playing in the postseason. In Boston, that group of players typically is referred to as the Bruins’ “Black Aces.”

So, who will be Boston’s Black Aces if needed in 2020? Leach admitted all the uncertainty has left him, well, uncertain about the answer to that question, but he did name some candidates in a conference call with media Monday.

“To be honest with you, I don?t think that anyone has a clue. But from what I understand ? to give you an exact answer I don?t think we can (predict) it because we don?t know the size of the group,” Leach said. “And this is really just my best guess — it?s the guys that we always talk about, right? It?s the (Jack) Studnicka?s, the (Trent) Frederic?s, and then it just matters (the size). If you have five guys it?s Studdy, it?s Freddy, it?s (Jakub) Zboril, it?s (Urho Vaakanainen) and (Steven) Kampfer. And then you?ve got, I?m not even calling (Karson) Kuhlman in that mix because he was in Boston more. So it?s really tough to nail it down. I?d go with those four or five to start, and then where does it end? It just depends on what the limit is and what they?re going to need. And I don?t know if anyone can really forecast that just because of the unknown that is this virus.”

Leach continued: “I can tell you that there are plenty of candidates. I think that these guys have shown that, whether it?s (Zach Senyshyn), and then the up-and-comers with (Jakub) Lauko or Studdy and all these guys. So there?s certainly a lot of guys that we can pick from. I?m sure if it was up to (Bruce Cassidy) and Don (Sweeney), they?d have the opportunity or they?d have the ability to pick from any one of them just because of the fit factor. So, to answer your question in a very roundabout way, I would that say you?ve got your classic guys that I think are pushing down the door, have played there before and they?re going to be right in the wings waiting for something to happen. And then if and when you need that second wave I think that?s when you get into some of the younger guys and you go from there, but it?s tough. Obviously really speculative.”

Both Frederic and Studnicka are centers, which could be beneficial if the Bruins were to lose any of their pivots. They also both are fairly close to NHL-ready, especially Frederic.

Kampfer entered the season as Boston’s seventh defenseman and has shown an ability to plug in and play at a moment’s notice in NHL games. You’ll remember the veteran blueliner was thrown into the lineup for Game 1 of the 2019 Eastern Conference Finals and proceeded to score just minutes after opening puck drop.

Zboril has some NHL experience, and Leach mentioned he arguably was Providence’s best defenseman down the stretch. Vaakanainen is Boston’s highest-rated defensive prospect and has played in seven NHL games.

And though Leach doesn’t mention them, goalies Dan Vladar and Maxime Lagace likely would come up, as well.

All of this is to say the Bruins have options. Nobody knows if/when the season will restart, or what roster limits might look like if things get going again. But once some direction is in place the Bruins will have plenty of guys to pick from.

More Bruins: NESN To Debut Zdeno Chara Tribute Show On May 31 To Honor 1,000 Games With Boston 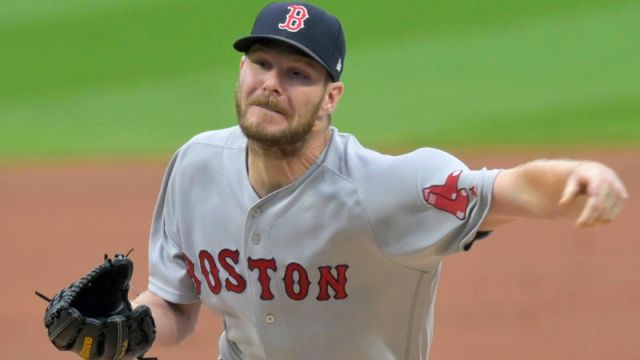 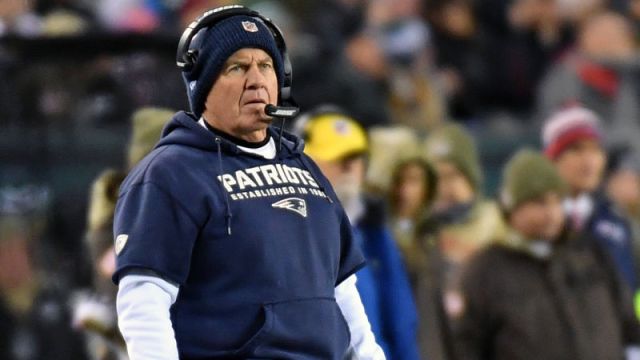