There are a hundred stories to tell about undrafted slot receiver Will Hastings, but the one New England Patriots fans want to know is his connection with prospective starting quarterback Jarrett Stidham.

Hastings, a former walk-on onside kicker who went to a high school that always went for it on fourth down and never kicked off deep. He tore his ACL in 2018 and returned to the field in less than six months just to tweak the injury and need a second surgery. He looks roughly 15 years old and was described simply as, “character” by two college head coaches.

Still, Hastings and Stidham linked up for 26 completions for 525 yards with four touchdowns during Auburn’s 2017 season. Now, they reunite on the Patriots, and Hastings’ history with Stidham could wind up giving him a leg up on his competition at wide receiver.

If you’re looking for the next quarterback-wide receiver pairing that can not only read the other’s mind on the field but also form a “bromance” that rivals Tom Brady and Julian Edelman’s, look no further than Stidham and Hastings. The 5-foot-10, 175-pound wideout was even in Stidham’s wedding last summer.

“I thought those two guys, for whatever reason — and sometimes this happens with quarterbacks and certain wideouts — they just get to a good feel with each other,” former Auburn offensive coordinator and current Troy head coach Chip Lindsey told NESN.com this week. “I think also they had a close relationship, still do. So, the ability to communicate with each other, ‘Next time this happens, I’m going to do this, whatever adjustment.’ I think those two guys kind of bought into that.

“Jarrett was good with a lot of our guys like that. He was very personable and communicated well with them and encouraged guys on the sideline and all of those things. He and Will, they definitely had a special connection there, and hopefully that will continue.”

“Oh, Eli Stove and Will Hastings were two of his best receivers,” Malzahn told NESN.com last week. “They were two starters from the year before when we won the West. That’s a big blow for any team when two of your top receivers go down in the spring. That hurt us.”

Beyond Hastings’ chemistry with Stidham, the slot receiver’s quickness could assist him in making the Patriots’ 53-man roster as an undrafted free agent.

“The thing about Will is if you put him off the ball, he can get open versus anybody man-to-man,” Malzahn said. “He holds the record for the 5-10-5 (20-yard shuttle) and L-drill (3-cone) in school history. He’s quick-fast. He was kind of one of the security blankets for Jarrett when he was here. …

Hastings ran a lightning-quick 6.55-second 3-cone drill at Auburn’s pro day in March. That and his 4.03-second short shuttle were faster than any time recorded by a wide receiver at the 2020 NFL Scouting Combine.

“Will’s obviously got a unique skill set,” Lindsey said. “He is an incredibly hard worker. But the thing that makes him really special is his short-area quickness and ability to get out of cuts and really be able to get open verse man coverage.

“He’s just a guy that when you get him in and look at him you don’t realize how quick he is until you get up on him. I think his best attribute is his body quickness and ability to get open. He does a really good job.”

Hastings only caught 19 passes for 222 yards with one touchdown in 2019 after missing the majority of the 2018 season. Malzhan didn’t see any drop in Hastings’ athleticism after the two knee surgeries.

“We had a new quarterback, a freshman quarterback,” Malzahn said. “We ran the ball quite a bit, but no, it wasn’t anything to do with Will with his dropoff in production.”

That should be reassuring to hear for the Patriots, who could still be getting the version of Hastings from 2017 when he shined as a shallow and deep target of Stidham’s.

Lindsey and Malzahn both see Hastings as a great fit for the Patriots. Watching him on the field, it’s hard not to see some Wes Welker in his game.

“There might be a handful of teams in the NFL, or less, that could be able to use a guy of his skill set,” Lindsey said. “I think that’s probably what they’re looking at — let’s bring this guy in and see if he can maybe evolve into something like they have now. Time will tell, but I wouldn’t count him out. He’s very competitive. It means a lot to him. He’s a great guy. He’s a great teammate. He’s got a great attitude. He’ll come in there to soak up and learn everything he can. Man, I hope it works out. Like Jarrett last year, I don’t think he could get a better opportunity in a better place that fits him.”

There’s going to be fierce competition at the wide receiver position whenever the Patriots can reconvene for minicamp or training camp. Only Edelman and N’Keal Harry can be considered locks at the position, so Hastings will be competing with Mohamed Sanu, Jakobi Meyers, Damiere Byrd, Marqise Lee, Gunner Olszewski, Jeff Thomas, Isaiah Zuber, Quincy Adeboyejo, Sean Riley and Devin Ross for spots on the Patriots’ 53-man roster.

The Patriots could use a shifty slot option to complement and perhaps one day supplant Edelman. Hastings’ history with Stidham can only help his case. 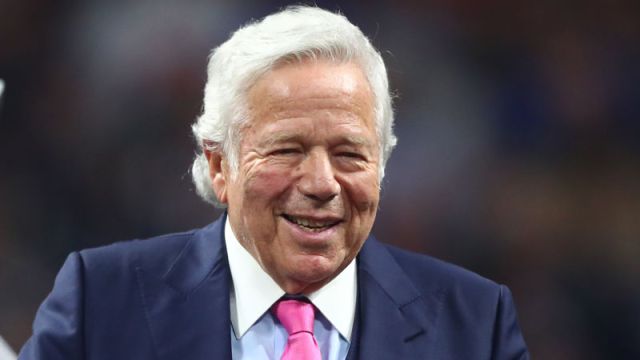 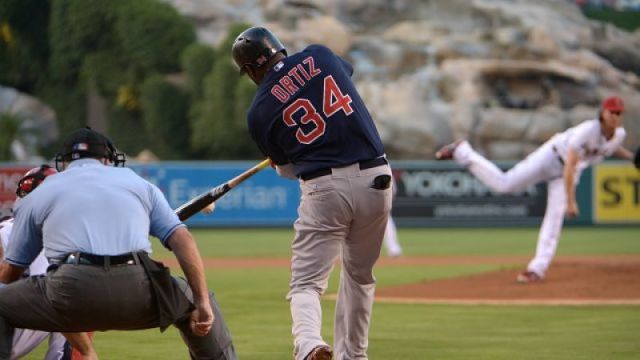