Count Charles Barkley as one of the many opposed to Kyrie Irving.

Irving, as you may have heard, reportedly doesn’t support the NBA’s return plan set for Orlando,Fla., and part of the reason is because he doesn’t want the league’s resumption to overshadow current protests against systemic racism.

Dwight Howard told CNN he agreed with Irving, while LeBron James reportedly is confident a return would not impact his ability to inspire change.

Barkley, speaking on ESPN’s “Get Up!” on Monday, explained why he believes it would be a “catastrophic mistake” for the NBA to not return this year due to factors mentioned by Irving.

“Also, these guys got to realize, this money is going to come back, and they’re going to lose billions of dollars that the players can use to go into their own communities and can do some great stuff,” Barkley continued.

“So, it’s not good on any front. I have no idea what Kyrie and Dwight are talking about, but it will be a catastrophic mistake not to play.”

Hopefully other players will agree. 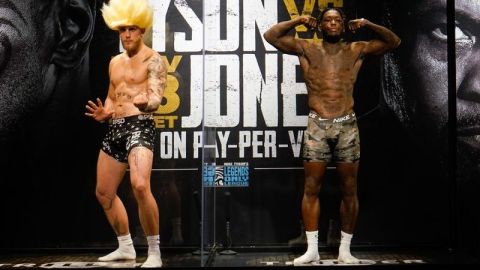