Juventus F.C. is in first place in Italy’s Serie A, but world-class player Cristiano Ronaldo hasn’t had his best season.

The five-time Balloon D’Or winner didn’t even take a penalty shot in the club’s shootout loss to Napoli in the Coppa Italia final Wednesday, and especially as of late, is showing his age.

So will the 35-year-old eventually go the route of many other international stars like David Beckham or national teammate Nani and end up in the MLS? It looks like that might eventually be the case.

“A couple of years ago, (Ronaldo) told me that he will probably end up in America,” Nani, Ronaldo’s Portuguese international teammate told ESPN’s Taylor Twellman.

To have one of the best players on the planet in the MLS would certainly boost its fan base. And Ronaldo would help put bodies in seats, regardless of how old he is if and when he leaves Europe.

Sports Are Back: What To Know About Serie A Before Watching 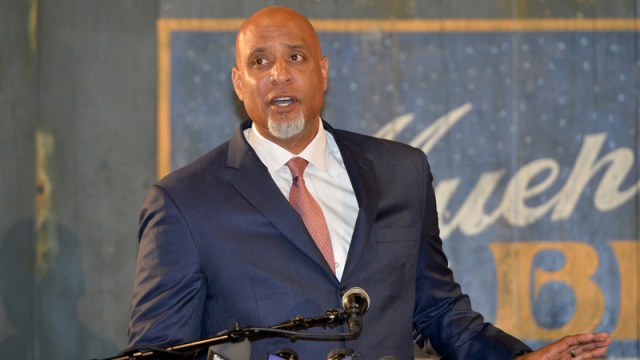