It wasn’t the final result the Boston Celtics were hoping for Friday night, but head coach Brad Stevens certainly was optimistic following the team’s 119-112 loss to the Milwaukee Bucks from the Walt Disney World campus.

Stevens, while talking to reporters on a video call from Orlando, Fla., expressed there were more positives than negatives in the contest, Boston’s first since the NBA season was suspended in mid-March.

?? Our compete level was good, and there?s a lot of good things to build off of and a lot of things we can learn from,” Stevens said, as seen on NBC Sports Boston’s postgame show.

“… I thought the way we played the rest of the game was pretty darn good,” Stevens said when referring to the Celtics’ slow start in the first quarter. “We did a lot more good things than bad, but we needed to play better to beat these guys. They?re really good.?

While, of course, the Celtics were hoping to grab a win in their first of eight seeding games, taking the top seed in the Eastern Conference down to the wire depicted some promising signs.

Especially when you take into account that point guard Kemba Walker (16 points in 19 minutes) was on a minutes restriction and didn’t play in the fourth quarter. Never mind the fact that All-Star wing Jayson Tatum (2-for-18, 5 points) had a horrendous shooting night and Bucks superstar Giannis Antetokounmpo may or may not have been awarded an extra foul (or two).

The Celtics will look to earn their first win in Orlando when they get back to meaningful basketball Sunday against the Portland Trail Blazers at 3:30 p.m. ET. 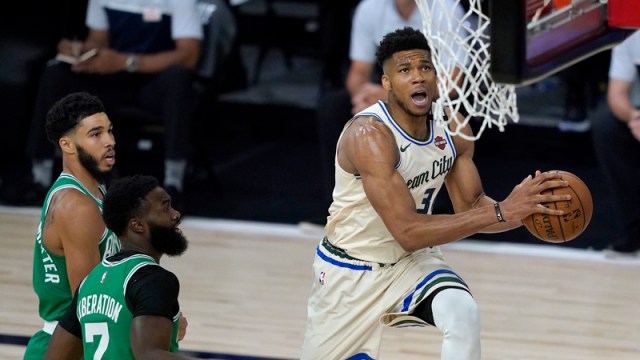 Celtics Wrap: Giannis Antetokounmpo Goes Off For 36 Points As C’s Fall To Bucks 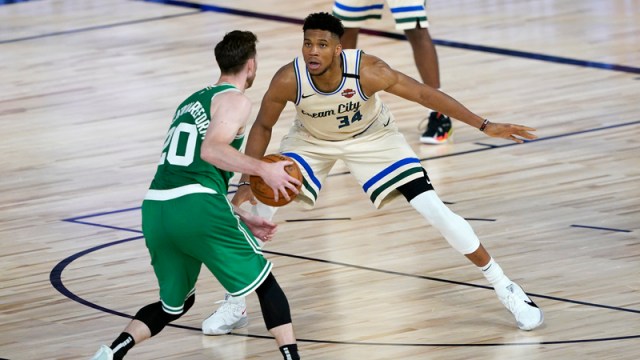