The Boston Celtics had more than four months to put a game plan together, but this certainly wasn’t what they wanted to came up with — at least we hope not.

Before the Celtics could even take in the (fake) sights and sounds as they stepped on the floor to face the Milwaukee Bucks, NBA superstar Giannis Antetokounmpo and teammate Khris Middleton were storming up and down the floor.

The Bucks scored the first 19 points of the game, technically, claiming a 17-2 lead as the lone Celtics’ basket was on a weird defensive rebound which the Bucks put in their own hoop.

It took less than four minutes for the Bucks to gain early control in what proved to be hard-fought 119-112 Celtics loss down the stretch.

?I thought we had multiple possessions where we had four guys really guarding and we just made one mistake and they exposed it,” Celtics head coach Brad Stevens told reporters after the game, as seen on NBC Sports Boston’s postgame coverage.

“And then on the offensive end, I just thought we were a little passive early. We got to moving it with some better second attacks than we did in the first couple of minutes,” Stevens said. “You know, I think that was probably not a huge surprise in some of these games, and maybe we?re an example of that, where you?ll start slow.”

The Celtics, to their credit, bounced back and made it a game throughout the final 44 minutes. They trailed by eight points after the first quarter, after going on an extended 21-8 run of their own.

Stevens, for one, was encouraged.

Unfortunately, though, it wasn’t enough for The Green to claim the win in their first of eight NBA seeding games.

Now they’re left with hoping to get back on track as they face the Portland Trail Blazers on Sunday at 3:30 p.m. ET.

And one thing is for sure, Stevens and the Celtics certainly will look to get off to a better start. 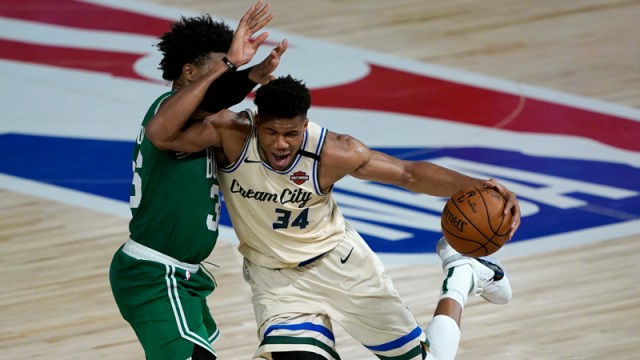 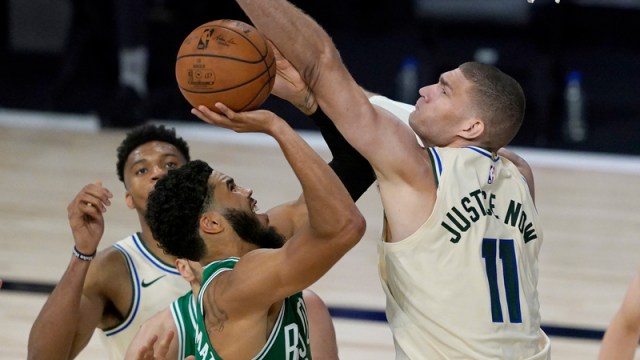