It’s been an interesting week for the Bruins, with several players missing from practice — including a number of big names.

Boston was without David Pastrnak, Ondrej Kase, Charlie McAvoy and Joakim Nordstrom during Tuesday’s practice. The team didn’t practice Wednesday and will return to the ice Thursday.

Pastrnak and Kase have skated just once at Warrior Ice Arena since Phase 3 began, and B’s president Cam Neely said Wednesday his “best guess” is the team will have the duo skating again when it heads north to Toronto.

So with what we know, and Aug. 2 just around the corner, here’s our latest roster projection:

We’ve seen head coach Bruce Cassidy put Jack Studnicka and Anders Bjork on the top line in practice. But until Cassidy or Neely confirm Pastrnak won’t be available for games, we’re keeping this first line as is.

As is the case with Pastrnak, Kase’s spot on the second line is his unless he is unable to play.

Cassidy likely will want to see how Kase and Krejci play together, given the fact he former didn’t have a whole lot of time to build chemistry with his linemates prior to the NHL pausing operations. DeBrusk and Krejci haven’t played too well together this season, and being back on the ice together likely will help them bond more before games begin.

Bjork has impressed Cassidy in practice, even being called the best player on the ice in his return. The 23-year-old has a lot to prove to his coach, but if he can stay healthy and continue to showcase his speed and improve himself, he should get a chance in the lineup. Plus, he had some chemistry with Coyle this season.

Ritchie also hasn’t had a lot of time to mesh with his teammates, but fared well with Coyle prior to the pause.

It’s very possible we see Cassidy move Kuraly to the third line, especially if he feels Bjork or Ritchie aren’t where they should be. The Bruins have options, which is good news should players be unavailable or injured. What we do know, though, is that this trio is a strong line and should help the Bruins in their Stanley Cup run.

As noted above, Kuraly could move to third line. If that becomes the case then Par Lindholm should slot in his place.

There’s been a lot of talk about Studnicka and where he fits into this lineup. Cassidy put him on the top line, along with Bjork, during this week’s practice, but don’t expect to see him there should he get a chance to see the ice. Karson Kuhlman broke his leg in October, but showed some flashes of his potential.

We don’t need to explain this one, do we?

Even with McAvoy’s recent absence, there’s no reason to believe he’ll be anywhere but next to Chara come Aug. 2.

Grzelcyk Is great at moving the puck, something the Bruins missed for a few games when he was sidelined due to a hit to the head in Game 2 of the 2019 Stanley Cup Final.

As for Lauzon, he brings even more size to the blue line.

The B’s are stacked at defense, a good problem to have should injury or sickness occur. Eeither guy easily could slide in on the third pairing next to Grzlecyk, though if it comes down to it, it likely will be Moore to get the nod over Clifton.

A fractured finger won’t stop the Bruins netminder from taking his spot between the pipes Aug. 2.

After splitting time in Providence in net, it shouldn’t be a surprise. 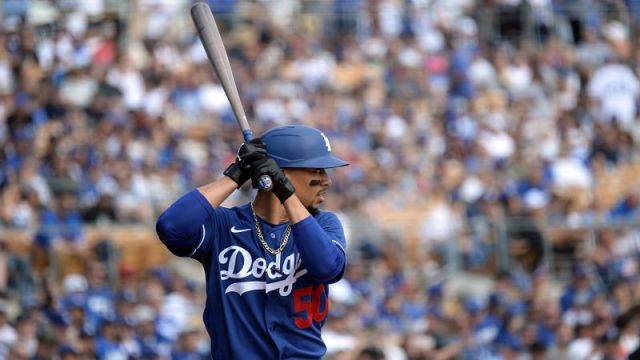