Maurice Jones-Drew is expecting a big season from Tom Brady in 2020.

The three-time Pro Bowl running back on Thursday shared his lofty expectations for Brady, who’s set to enter his first season with the Tampa Bay Buccaneers. MJD believes the soon-to-be-43-year-old Brady will exceed the eye-popping numbers he put up in the New England Patriots’ near-perfect 2007 season.

“He’s going to thrash 2007,” Jones-Drew said. “I think he’s going to throw 55 touchdowns, 4,500 yards passing — probably closer to 5,000. The Bucs are going to be one of the toughest teams to stop because their defense causes turnovers and they’ll give him more opportunities.”

Jones-Drew continued: “Let me tell you why I said 55 touchdowns. Jameis Winston joined the 30-30 club. Let’s just cut that in half, right? So now it’s 45 (touchdowns), 15 (interceptions). You’re telling me Tom Brady can’t throw 10 extra touchdowns? Bruce Arians, Byron Leftwich — they’re going to air this thing out. That is, like, on the low end for me. That’s actually pretty conservative. He may end up going for 60 (touchdowns), but I’m going to stay with 55 right now. I’m gonna stay with 55 and let it rock out.”

To bring his take to another level of hot, Jones-Drew believes Brady will throw more touchdown passes in the upcoming season than Super Bowl LIV MVP Patrick Mahomes.

Yes, Brady has one of the best offensive arsenals in football at his disposal, but learning a brand-new offense is a difficult challenge even with a stellar supporting cast. Not to mention, TB12 will head into his first season in Tampa Bay with limited preseason work, which won’t include any late-summer NFL preseason games.

In turn, MJD might want to dial it back a bit. 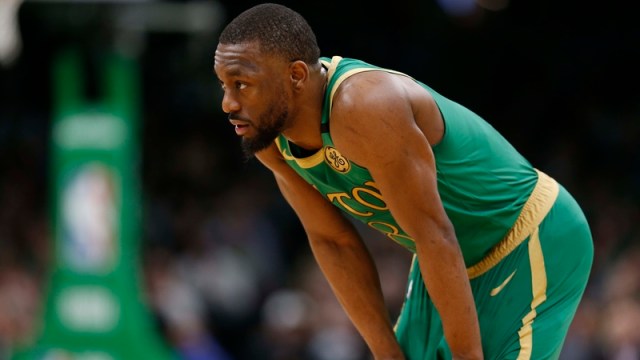