The Red Sox pitching struggled through their first few games of the season, but it was the offense that hurt them on Friday night.

Boston fell to the New York Yankees 5-1 on Friday night. While Ryan Weber surrendered three earned runs on two homers, the Red Sox couldn’t get anything done with runners in scoring position. The team was 0-for-5 with men in scoring situations, but left five on base when all was said and done.

Kevin Pillar made a rookie mistake in the third when J.D. Martinez lined out to Aaron Judge. The Yankees outfielder threw Pillar out as he tried to get back to first, but he had been halfway to second on a ball that was hit directly to Judge.

“Obviously you can’t mistakes too often on the bases, and we have,” manager Ron Roenicke said on Zoom after the game. “Pillar didn’t realize (Judge) was throwing behind him there.”

The Red Sox also had the bases loaded with one out while down 3-1, but were unable to capitalize and push runs across the plate.

That comes after Andrew Benintendi got caught in a rundown that could have been avoided in Tuesday’s loss to the Mets.

Boston has little room for error on the base paths, especially in a shortened season while with a lineup that, on paper, looks destined to do some damage.

— Weber looked promising in his final outing before the regular season. But he hasn’t quite found a groove through his first two starts.

The right-hander gave up a career-high four walks to go along with four hits and three runs. He did not strike out a batter over 3 1/2 innings.

It’s been eight years since a Red Sox pitcher was unable to record a strikeout in consecutive starts over three innings.

After two rough starts, will Weber get another one?

“Who do we have that we can say we’re going to put in that spot who will be better than Ryan?,” Roenicke asked postgame.

— Phillips Valdez tossed 2 2/3 scoreless innings with three strikeouts. The right-hander has yet to give up a run in three appearances, and Roenicke is liking what he’s been seeing.

Roenicke noted he didn’t believe Valdez would be asked to start, but could be used in high-leverage situations or bulk innings.

— Michael Chavis hit his first home run of the season, and boy was it a bomb.

— J.D. Martinez is in a bit of a slump, and that trend continued Friday.

The designated hitter went 0-for-3 with a walk, but Roenicke believes the slugger will “figure it out.”

Martinez revealed that COVID-19 restrictions have limited his time in the cage.

“It’s one of those seasons where you hope you’ve got your swing right out of the chute,” he said postgame. “… I feel like if we come out tomorrow and we start swinging it our confidence goes through the roof. … When your big sluggers aren’t going out there and driving in runs the doubt kind of creeps in.”

— The Red Sox look to right the ship Saturday when they play Game 2 of the three-game set against the Yankees. 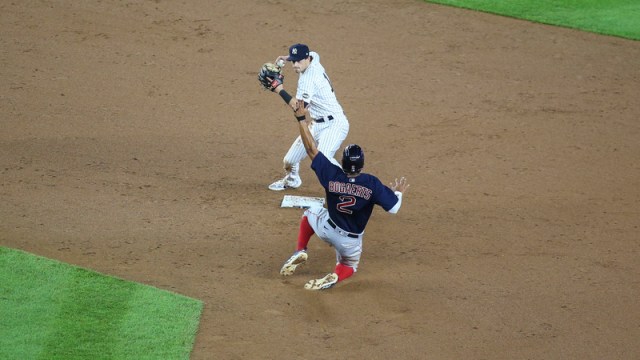 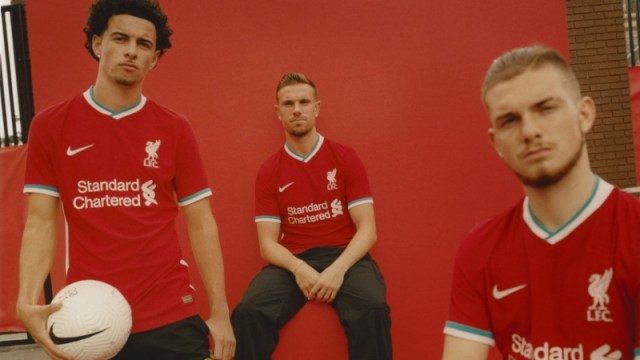