Folks on social media were quite impressed by Thursday’s rollout from the Seattle Kraken, whose team name, color scheme and sweaters drew rave reviews.

The reception for the updates to Washington D.C.’s NFL team wasn’t quite as positive.

Washington, which ditched its old team name and logo nearly two weeks ago, on Thursday revealed it will be known as the Washington Football Team for the time being. The franchise will keep its color scheme, but the old logo on the helmets will be replaced by the players’ number.

This is not a final renaming and rebranding for team; this is the name it wants to use until pending adoption of a new name in the future. pic.twitter.com/sBs0Uo0ICm

Washington will not have any change to its color scheme. It will still use burgundy and gold. The Redskins logo on the helmet will be replaced by the player?s number in gold. The Washington Football Team will debut its home uniforms in week 1 against the Eagles. pic.twitter.com/8DpC6b0Tyj

Considering Washington had quite a bit of time to mull things over, most people weren’t exactly impressed with the organization’s decisions. Those feelings were expressed in an outpouring of tweets.

Just waking back up from my pregame nap to see about The Washington Football team??? ??????. Is that real?? No way! Oh man they had a thorough intense long board meeting about that one huh. ??????

BREAKING: The Washington Football Team is pleased to unveil its new beer partnership for the 2020 season: Beer.

"Beer. When you need a beer, choose Beer." pic.twitter.com/IWAXi1gRqy

The Washington Football Team is a pretty good name for an indie band, tbh

The Washington Football Team will open its 2020 season against the football team from Philadelphia, which is more commonly known as the Eagles. 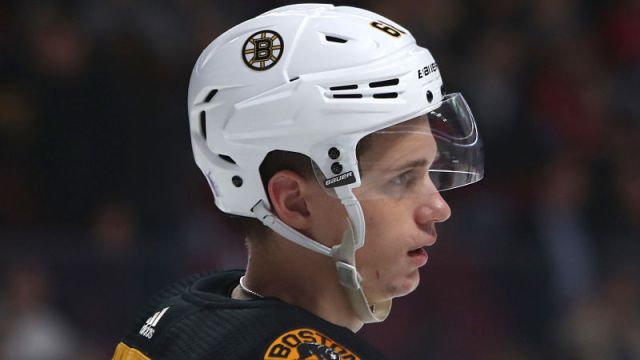