Xander Bogaerts is experienced enough to recognize an underdog when he sees one.

That’s why the Boston Red Sox shortstop challenges the prevailing narrative surrounding his team in 2020. Most Major League Baseball observers predict the Red Sox will struggle in the aftermath of a tumultuous offseason, in which the team parted ways with manager Alex Cora, traded stars David Price and Mookie Betts and lost the services of ace Chris Sale, who underwent Tommy John’s surgery. However, Boagaerts believes Boston’s roster still contains more than enough talent to contend for the postseason.

Oddsmakers currently tab theÂ Sox firmly among the betting “underdogs.” We’d have more faith in the betting markets in normal times, but the start of the 2020 Major League Baseball season has been delayed due to the coronavirus pandemic, and the regular season will be just 60 games. And did we mention games will take place without fans in the stadiums?

If ever there was a time when luck and momentum could make mockeries of experts’ predictions, this is it. Judging from Bogaerts’ comments, Red Sox players intend to do just that.

More: Six Red Sox Players With Most To Prove In Unpredictable 2020 MLB Season 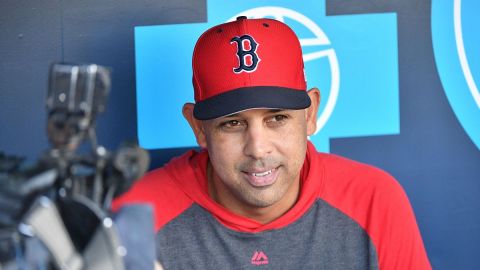