Patrice Bergeron has a knack for this kind of thing.

The Boston Bruins center scored his fourth career overtime game-winning goal Tuesday to give Boston a 1-0 series lead in its best-of-seven first-round series against the Carolina Hurricanes. Bergeron’s latest winner came just 73 seconds into the second overtime period, making it a happy ending for a B’s team that had to wait an additional 15 hours to start the series after the game was moved to Tuesday morning.

And as far as Bergeron’s game-winners have gone, this one was a work of art.

The Bruins actually began the second OT frame on the power play, with Carolina defenseman Brady Skjei in the box for 24 more seconds. That left Bruins head coach Bruce Cassidy with a decision to make before play resumed.

“We had a discussion, do we start those guys on fresh ice? Because that is one thing here, that the fresher the ice, a little bit easier to make a few of those plays. That?s no excuse but, when you have a power play, get on some fresh ice. But we went the other way.”

Cassidy instead opted to start the second overtime with the No. 2 power-play unit. As Carolina killed off Skjei penalty, Cassidy tapped Bergeron on the shoulder and sent them over the boards.

Carolina actually possessed the puck in the Boston end before the Bruins went back the other way. Defenseman Brandon Carlo was able to stumble his way into a shot block in the Boston slot, but it’s what he did after that really stands out. As the block shot bounced to winger Brad Marchand, who collected it in his own zone, Carlo actually skated out and into the neutral zone. By doing so, he actually opened up some ice for Marchand, while allowing David Pastrnak to find an open spot in the neutral zone, as Carolina’s Sebastian Aho skated with Carlo, vacating an opening for Pastrnak. 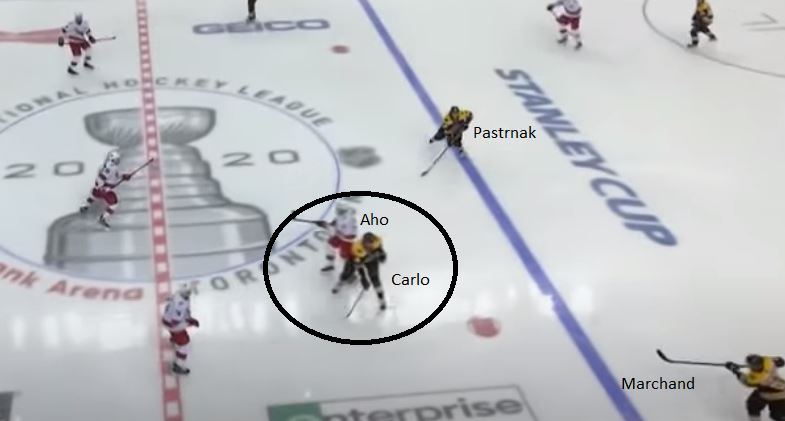 While all that was happening, with the Hurricanes watching the Bruins skate the puck up the left-middle of the ice, Bergeron filled the right wing behind the rest of the players on the ice. That Carolina was going for a partial change helped.

Meanwhile, Marchand continued up the left wing after passing to Pastrnak. Carlo made another heady play, as he stopped skating and made a slick move to get out of Marchand’s way. That allowed Marchand and Pastrnak to complete a give-and-go through the neutral zone. Pastrnak passed it to Marchand, who quickly fed it back to Pastrnak, who entered the zone with speed and through a gap in the Carolina skaters. 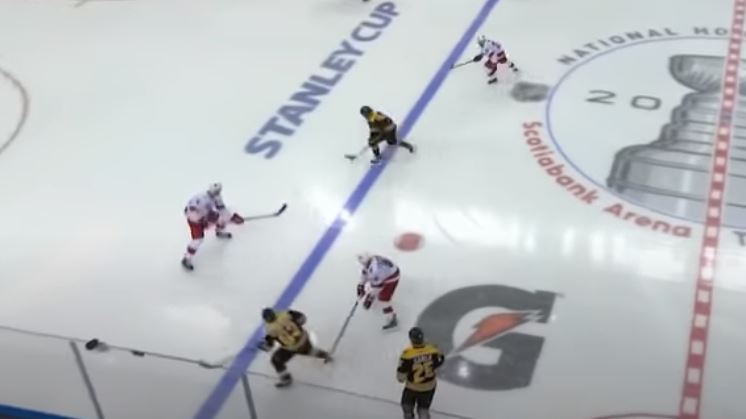 “It was a good play by Marchy getting it through the neutral zone,” Cassidy said. “He could have got it deep, but he saw an opportunity, a crease to get in the zone.”

By the time that happened, Bergeron had arrived at the Carolina blue line. He posted up for a split-second, ensuring he wouldn’t go offside, and if you listen closely, you can hear someone shout as Boston enters the zone.

“Bergy, from the bench I don?t know, but I assume he was letting Pasta know that he was coming late,” Cassidy said. “Pasta made a real nice composure play to draw the D into him before he dished it to give Bergy a little extra time.”

It’s a neat little play, and the plan of attack actually came from a somewhat surprising source: Bruins goalie coach Bob Essensa. According to Cassidy, Essensa got a read on Carolina goalie Petr Mrazek.

“Meanwhile, Goalie Bob talked between the first and second overtime about down that right-wing side, about Mrazek,” Cassidy revealed. “If you remember, (Chris) Wagner had a chance, (Charlie) Coyle came down the wing, Bergy came down the wing, Pasta came down the wing all on their right sides. I think Wagner was on his offside, but we talked about what might be a good spot, so obviously it worked out.”

Worked out, it did. With Pastrnak barreling into the Carolina slot, all of the Hurricanes’ attention was on him — and for good reason. Pastrnak, after all, tied for the league lead in goals. But just as it looked like he was about to shoot, he unloaded the blind pass back to Bergeron, who was able to rip the wrister by Mrazek for the game-winner.

“It was about finding a way,” Bergeron told reporters after the game. “We talked about, especially in overtime, putting the puck on net, you never know what can happen.”

He added: “On this one it was more of a rush play, but that being said, keep things simple.”

That simplicity gives the Bruins a 1-0 series lead a much-needed shot in the arm as the “real playoffs” begin. 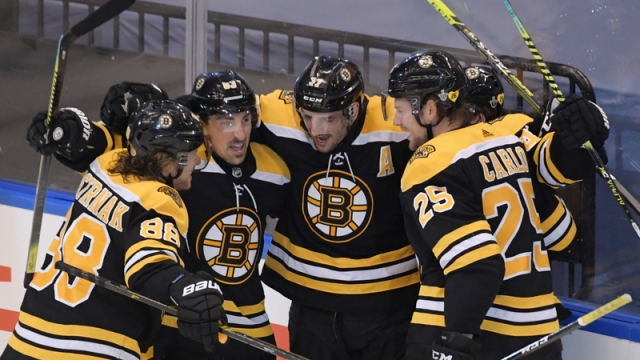 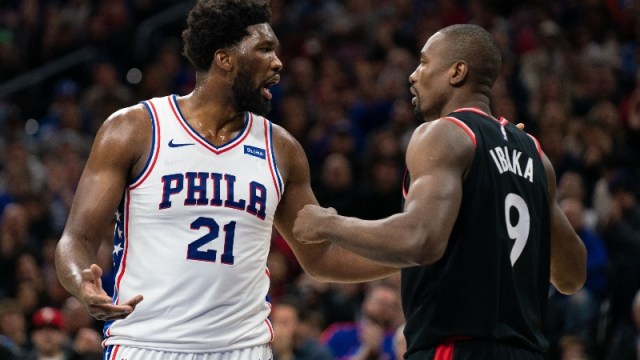