As the Bruins’ captain, Zdeno Chara is always looking for ways to help his teammates improve.

The latest episode of NESN’s “Behind the B” including a scene where Chara offers Brad Marchand a shooting tip. During a practice at Warrior Ice Arena prior to the NHL’s restart, Marchand was dissatisfied with his quick wrister on a rush. Chara proceeded to recommend his longtime teammate instead go with a slap shot, which prompted a textbook Marchand response.

“Think about it, ’cause I think you could have a good slap shot,” Chara said.

You can watch it all unfold in the video below.

@zeechara33: hardest slap shot of all-time. @bmarch63: not so much. #BehindTheB returns tonight at 6 on @nesn!

Chara, Marchand and the B’s were supposed to play their first Stanley Cup Playoff game inside the NHL’s Toronto bubble Tuesday night. But as a result of the insane, five-overtime thriller between the Columbus Blue Jackets and Tampa Bay Lightning, Game 1 of Boston’s first-round series against the Carolina Hurricanes was rescheduled to the following morning.

Puck drop for the B’s-Canes series opener, which can be watched on NESN, now is set for 11 a.m ET. Wednesday. NESN will begin its pregame coverage at 10 a.m. ET. 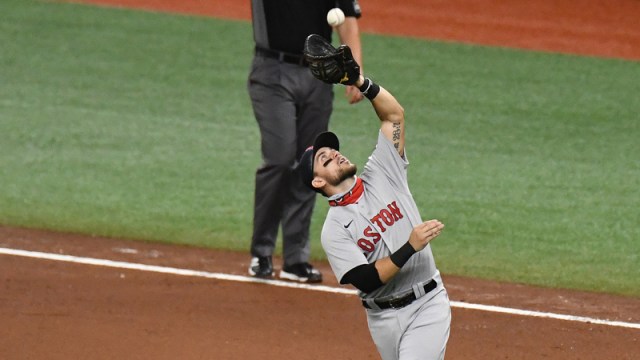 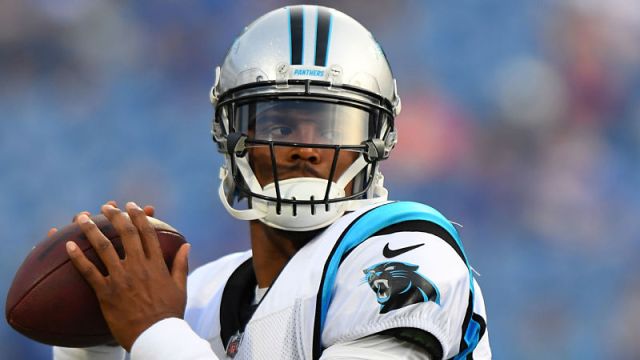