Bruce Cassidy Opens Up On How Tuukka Rask's Absence Has Impacted Bruins - NESN.com Skip to content

The Bruins have fully supported Tuukka Rask in wake of his decision earlier this month to opt out of the Stanley Cup Playoffs.

And their tune isn’t changing despite Boston now staring elimination in the face inside the Toronto bubble.

The Bruins have dropped three straight to the Lightning and will enter Game 5 on Monday night at Scotiabank Arena trailing the second-round series 3-1.

Jaroslav Halak, who thrived as Boston’s backup goaltender during the regular season, has struggled at times against Tampa Bay since replacing Rask between the pipes, even prompting Bruins head coach Bruce Cassidy to insert rookie Dan Vladar into Game 3 despite the 23-year-old having zero NHL experience.

But Cassidy isn’t using Rask’s absence as an excuse. While the goalie shakeup has complicated some aspects of game planning, the Bruins have dealt with several other issues unrelated to who’s in net.

“Listen, we’ve said it before. We support Tuukka’s decision 100 percent,” Cassidy told reporters Monday during a video conference ahead of Game 5. “But then as we get to work, of course it’s going to affect us. He’s a Vezina Trophy finalist, one of the elite goaltenders in this league.

“Jaro, we feel if he’s not the best backup in the league, he’s right up there. But now he’s pushed to number one duty and you’ve got Danny Vladar coming in whose pushed to number two that just doesn?t have any NHL experience. It does affect you mentally. It affects how you construct your lineup when you have those back-to-backs. Previously, we would have just rolled Tuukka and Halak, and maybe put Tuukka back in as we did because of the circumstance of the early game and no travel. You still have that luxury of doing that, no questions asked. With Dan, you have to think it through. It’s a tough spot for him to go in. We saw that when he had to go in in the middle of a game.

“And then the mental part of it with the group, yeah, you get down. Do you believe you have all the pieces to win? You have to ask the players. I always do. I’m an optimist. I’ve seen Jaro string together a lot of good hockey and I expect he’ll do that (in Game 5).”

The Bruins won four consecutive games immediately after Rask announced his decision to opt out, including three straight to knock off the Carolina Hurricanes and then their series opener against the Lightning, in which Halak stopped 35 shots.

It’s been a whole different story in the three contests since, though. Tampa Bay won Game 2 in overtime, 4-3, and then outscored Boston 10-2 in Games 3 and 4 to take a commanding lead in the best-of-seven set.

“It’s definitely an impactful position that we felt we had as good a tandem as anybody in the league,” Cassidy said of the Bruins losing their starting goalie. “And then going forward in the playoffs, we lost a bit of that edge. So, you have to overcome it in other ways. That’s the way I look at it.

“Can’t make excuses. I don’t think we?re doing that. We just have to find other ways to be better — better team defense and finish more plays at the other end.”

Rask’s exit stung in the moment, as the 33-year-old was coming off another sensational campaign for the B’s. Now, it’s stinging even more, although it’s important to acknowledge Boston’s current on-ice problems run deeper than its suddenly inconsistent goaltending.

David Krejci Reveals What Bruins Need To Do Better In Game 5 Vs. Lightning 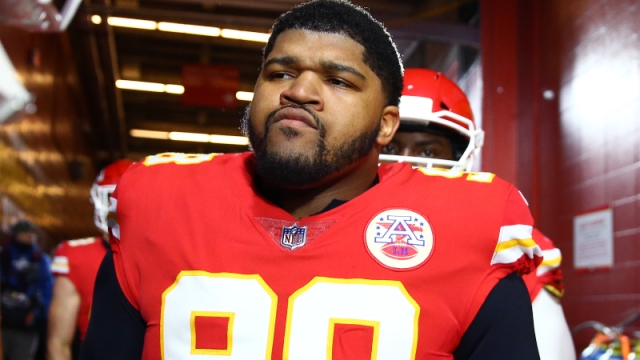 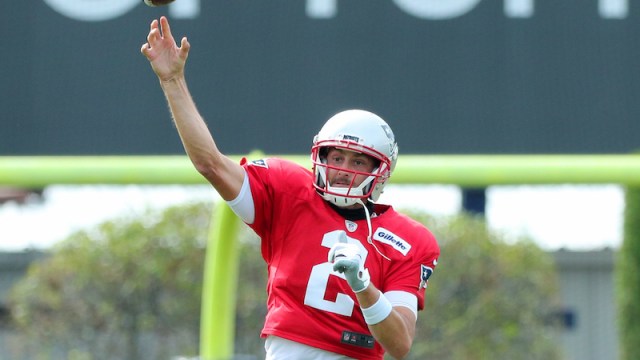 Brian Hoyer Opens Up About Patriots’ Conversations About Race In America