Bruce Cassidy Says Bruins Will Make Lineup Changes For Game 3; So Who's In, Out? - NESN.com Skip to content

It appears that David Pastrnak will be a question mark Saturday, but regardless of his status, the Bruins are expecting to have some changes to the lineup.

Boston head coach Bruce Cassidy confirmed as much Friday afternoon ahead of Bruins-Hurricanes Game 3, which is set for Saturday at noon ET.

“We’ve thought it through. We had some guys go on the ice today,” Cassidy said. “There’s always a day-to-day bumps and bruises, so to sit here and tell us our lineup (now) may be inaccurate because of that, but we’ll be making some changes at forward and (defense). Again, some of that is to get some energy in the lineup and change the look of our forward group.”

So even Cassidy doesn’t know exactly what his lineup will look like Saturday. But since we’ve got some time to kill until puck drop, let’s kick around some possibilities. We’ll do this exercise under the impression that Pastrnak isn’t in, an assumption (again, an assumption) because of the early start time.

Forwards
Idea One — Nick Ritchie out, Par Lindholm in
Ritchie looked good in the round-robin game against the Tampa Bay Lightning, but otherwise he’s been underwhelming — to the point that his inability to close out plays or get where he needs to be has resulted in the opponent scoring. He seems to be a candidate to get bumped from the lineup, so in this situation Ritchie goes out, Sean Kuraly moves to the third line left wing and skates with Charlie Coyle and Karson Kuhlman, then Lindholm pivots Joakim Nordstrom and Chris Wagner.

Idea Two — Karson Kuhlman out, Par Lindholm in
Kuhlman got into Game 2 with Pastrnak out, but it’s clear he’s viewed as the 13th forward. Cassidy spent a lot of the early stages of training camp putting Ritchie, Coyle and Kuraly on a line together, so maybe he gives that a go in a game situation, with Lindholm taking over in Kuraly’s usual fourth-line center role.

Idea Three — Nick Ritchie out, Jack Studnicka in
Let us first make abundantly clear this is a far-fetched idea. But if Cassidy really wants to get nuts, while also having each of his wingers playing on their strong side, he could give this a whirl. You put Studnicka on the first line right wing in Pastrnak’s spot, while Anders Bjork drops back to the third line left wing with Kulman on the right and Coyle between them. It would be a pretty hefty gamble, and if the youngsters don’t have it then Boston’s bench gets short real quick, but if nothing else that forward group would play with quite a bit of energy.

Idea Four — Karson Kuhlman and Nick Ritchie out, Jack Studnicka and Par Lindholm in
So in this case you provide Coyle with the unenviable task of putting him with a pair of guys who never play together in Kuraly and Studnicka, while Bjork stays on the top line with Patrice Bergeron and Brad Marchand. Lindholm then goes to the fourth line. In this scenario, it’s tough to see how the Bruins get much better without putting humongous question marks on their first and third lines, but there’s at least the personnel to turn on the blender and move things around.

In short, the thought here is that Kuhlman and Ritchie are the likely odd men out, and their odds of spectating only increase, obviously, if Pastrnak is available.

As for defense, there really are only two possibilities, and both of them involve healthy scratching Jeremy Lauzon. That would mean either Connor Clifton or John Moore goes in, at which point the conversation is what style is Cassidy looking to instill on the third pairing.

Moore is the safer player, but his chemistry with Matt Grzelcyk hasn’t been great this season. And Cassidy indicated that some of the lineup changes will be with the idea of getting energy into the lineup, so if he didn’t mean that for just forwards, then Clifton is the obvious choice — and it’s something of a plus that between Clifton, Lauzon and Moore, Clifton is the only righty.

He’s an aggressive player, sometimes too much so for his own good, but the one thing you can’t question is that he can bring a jolt. If Cassidy thinks the Bruins are too listless, swapping Clifton for Lauzon makes sense.

Prediction: Taking into account everything mentioned above, here’s our guess at a Game 3 lineup (again, assuming Pastrnak is unavailable). 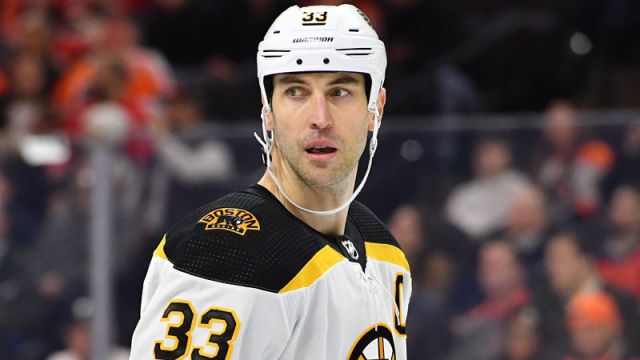 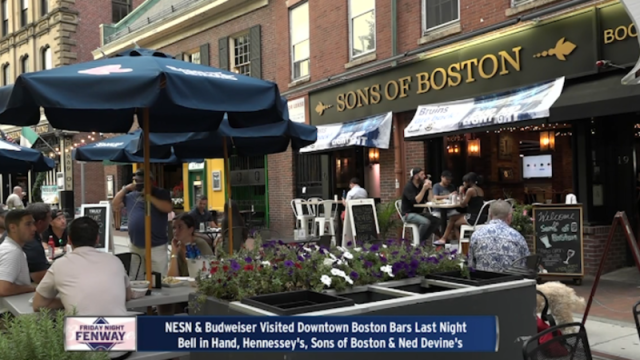