The Bruins’ quest for the Stanley Cup has come to a heartbreaking end.

Boston lost 3-2 in double overtime in Game 5 on Monday night against the Tampa Bay Lightning to officially end its time in the Toronto bubble.

It was a hard-fought game, but the Lightning were just too much for the B’s in the end.

HARD-FOUGHT FIRST
Both teams had some prime opportunities, but both Jaroslav Halak and Andrei Vasilevskiy stood on their heads and kept the game scoreless.

Tampa went on a power play for four minutes after Zdeno Chara was called for a high stick on Nikita Kucherov. Kucherov headed off to the locker room while Chara went to the box, but Boston was able to kill off the entire penalty.

The Bruins had their chance for two minutes when Barclay Goodrow was whistled for tripping David Pastrnak with 2:14 left in the opening period. But the Lightning were strong on pucks and killed off the penalty.

It was scoreless after 20 minutes, with the Bruins outshooting the Bolts 8-5.

ALL TIED UP
The Lightning made it 1-0 just over four minutes into the second.

Palat, who’s been unbelievable this series for Tampa, tipped the puck by Halak on a Kevin Shattenkirk blast from the point.

Boston earned a power play with 9:21 left in the second when Charlie McAvoy was tripped.

And Pastrnak cashed in when the Bruins needed it most.

Pastrnak bombed the puck to the net off a cross-ice pass from David Krejci to beat Vasilevskiy to make it 1-1.

The game remained tied as the horn sounded to end the second with Boston again holding the shot advantage 15-8.

BOSTON TIES IT LATE
Things got ugly in the third when Cedric Paquette drilled Charlie McAvoy between the numbers and into the boards. The B’s defenseman remained down for several minutes before being helped off the ice.

There was no penalty on the play, but McAvoy did return to the bench later in the period.

The Bolts took a one-goal lead when Victor Hedman shot the puck from the point that Cirelli tipped in by Halak.

But the Bruins were not about to go away that easily.

Zdeno Chara shot one from the point that bounced to Krejci who was able to put it away to make it 2-2.

And this one needed overtime to decide the Bruins’ fate.

EXTRA 20 NOT ENOUGH
Tampa Bay when on the power play with 9:33 left in the overtime period when Krejci was called for tripping.

The B’ made a huge kill to stay alive, but an extra 20 minutes still wasn’t enough time to decide a winner.

DOUBLE OVERTIME
Hedman scored the game-winning goal with 5:50 remaining in double OT to bounce the Bruins from the bubble. 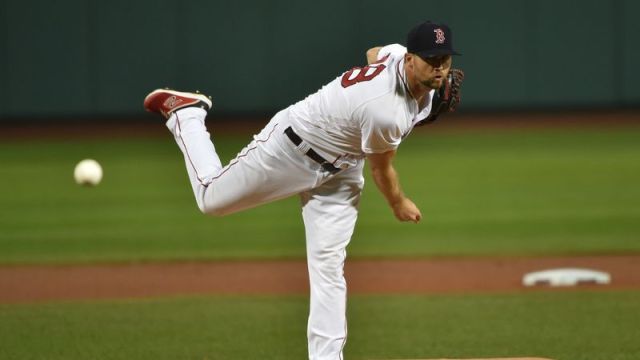 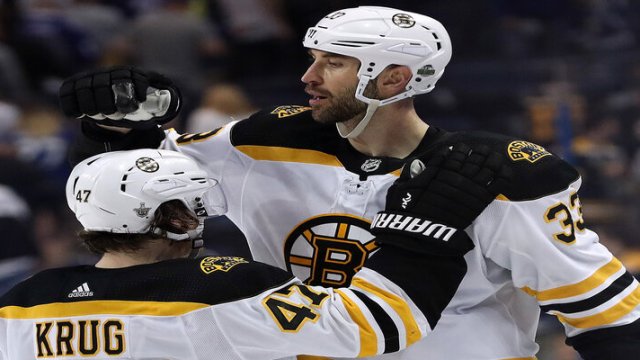