Well, that was ugly.

The Lightning opened the flood gates with six goals through two periods, while the Bruins only scored once in the first 40 minutes.

Jaroslav Halak had a tough night in net surrendering four goals on 16 shots and causing Bruce Cassidy to pull the veteran for rookie Daniel Vladar.

Vladar, who made his NHL debut, gave up two quick goals three minutes apart, and finished the night with 12 saves.

The Bruins fell into a 2-1 series deficit with the loss.

LIGHTNING STRIKE TWICE
The Lightning went on the power play just 37 seconds after puck drop and again at the 12:17 mark. Boston was able to kill the former, but weren’t so lucky on the latter.

Palat, who netted the game-winner during overtime in Game 2, slapped one from the point that deflected off Zdeno Chara’s stick and into the net for the 1-0 lead.

And 15 seconds later it was a 2-0 game… with a little help from the officials.

The linesman got in the way of Jeremy Lauzon that ended up paving an open-net path for Gourde to put the puck by Halak.

Boston outshot Tampa 8-7 but went into the tunnel down two goals.

UGLY SECOND FOR BOSTON
Another early power play for the Lightning led to another goal when Sergachev sent a rocket from the high point by Halak’s glove for the 3-0 lead.

Boston earned its first power play of the game when Brad Marchand was tripped.

And it paid off for Marchand the same way it did in Game 1.

Torey Krug fired the puck to Marchand at the back door and the puck redirected off his skates into the net to make it 3-1.

But another Boston penalty kill led to the Lightning’s third straight power-play goal.

Palat’s rebound after a shot in front was buried by Killorn for the 4-1 edge.

And Cassidy had seen enough and made the switch from Halak to Vladar.

The rookie made some nice saves on the first few shots he faced, but couldn’t stop Point’s breakaway.

Frustration started to boil over for the B’s as Krug dropped the gloves with Tyler Johnson after the goal.

The Lightning crushed the B’s in the shot department 18-8.

BOLTS TAKE SERIES LEAD
Kucherov added more salt to the wound after some slick puck work by Point led to the 7-1 lead.

And that’s all she wrote, folks.

UP NEXT
The series continues Friday when the puck drops at 7:30 p.m. ET. 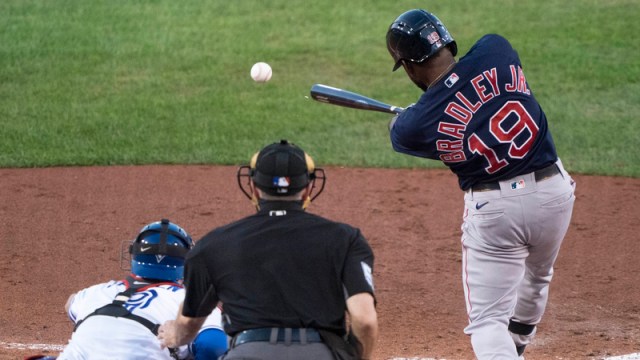 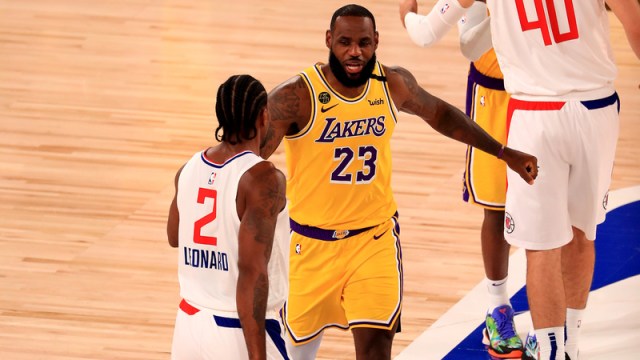